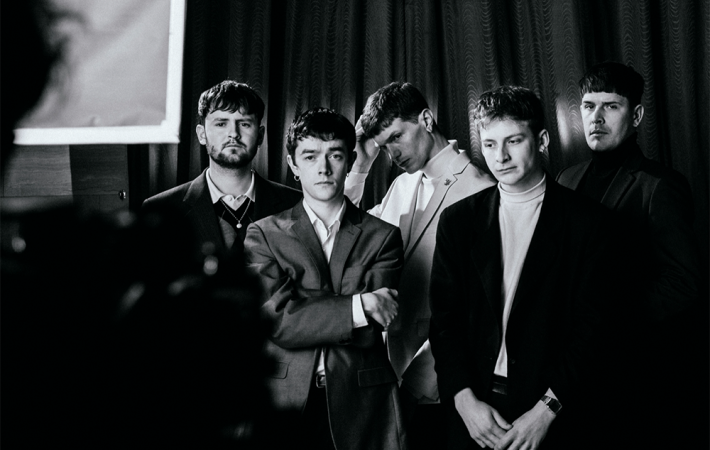 “Hypnagogia” refers to the transitional state from wakefulness to sleep. Cardiff pop-band Private World has chosen that state of consciousness during the onset of sleep for their new single. “Hypnagogia” is an exquisitely layered and richly textured track, filled with sweet emotions and soft sounds.

On the helm of Private World are Tom Sanders and Harry Jowett who say about their new single:

“Musically, the song is intended to ring like a sort of lullaby, or a mid-late 80’s R&B/Madonna song, without sinking too far into a feeling of parody. I feel as though the main piano sound (Roland emulation of Fender Dyno-Rhodes Electric piano, or Yamaha DX7 sound) is very nostalgic for a generation of folks that grew up in the 1980s and & 90s – it was used on everything. I love the sound, so opted to make that a big blatant part of the song.”

Looks like they had people like myself in mind because I remember that piano sound only all too well and I still like it. To magnify the nostalgia-feel and the longing vibe, they even added the ubiquitous 80s saxophone to the closing bars of the track. “Hypnagogia” is a song to get beautifully lost in and remain a little in a dream-like state.

Listen to “Hypnagogia”, our Song Pick of the Day by watching the video:

Connect with Private World on Facebook, Twitter, and Instagram and add “Hypnagogia” to your playlist as we will add it to our glamglarepick playlist on Spotify:

“Hypnogagoia” is part of Private World’s upcoming album “Aleph”, out via DAIS records on August 28, which you can pre-order here.