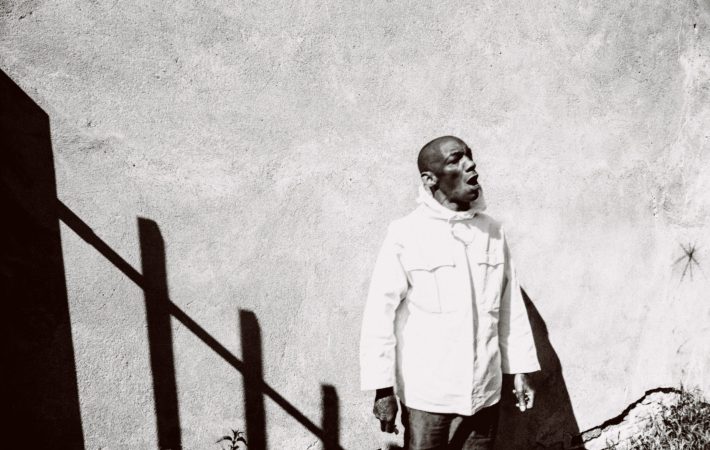 When Tricky says about his new single that it would be his “version of pop music”, then this can be taken literally as “Fall Please feat. Marta” is as appealing as it is slightly unsettling and seriously catchy. It is one of these tracks one wants to listen to on repeat, to maybe better understand it or to simply sonically bathe in its awesomeness.

“Fall Please” is part of Tricky’s 14th studio album “Fall To Pieces” that he recorded in his Berlin studio late last year. Throughout the years, Tricky has often enlisted female vocalists to carry his ideas. For most of the tracks on Tricky’s upcoming album, singer Marta Złakowska lends her vocals to. Tricky has discovered her upon embarking on his European tour when he was left without a singer on opening night. And so Marta went from tour saver to featured vocalist. Tricky says about her:

“I can tell when someone is humble and down to earth,” says Tricky. “Marta doesn’t care about being famous, she just wants to sing.”

While we know and love many of Tricky’s prior albums, we would agree with the trip-hop icon’s assessment:

“With most of my stuff, there’s nothing else like it around, but with ‘Fall Please’ I’ve managed to do something I’ve never been able to before, which is that everyone can feel it – even people who don’t know my music. It’s my version of pop music, the closest I’ve got to making pop.”

Listen to our Song Pick of the Day and watch the video for “Fall Please”:

Video and animations by Marta Kacprzak

Connect with Tricky on Facebook, Twitter, and Instagram and add “Fall Please feat. Marta” to your playlist as we will add it to our glamglarepick playlist on Spotify: