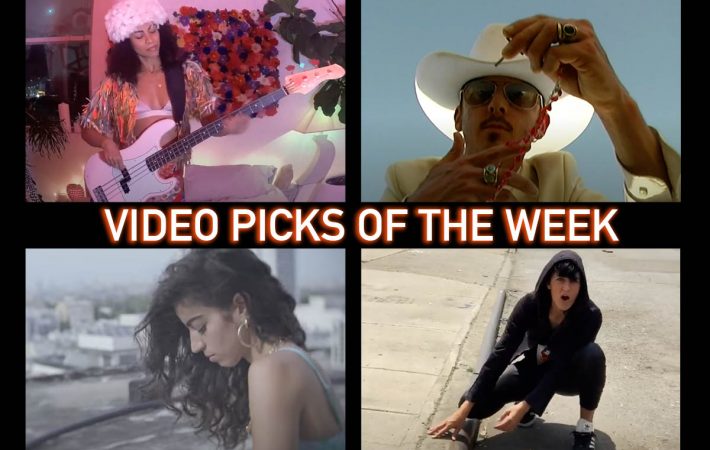 French- Caribbean singer Adeline goes for an enticing retro vibe for her upcoming EP “Intérimes,” out on July 10. “Twilight” is one of two videos she has released this week. Adeline gives us some background about her latest work:

This EP feels like a new chapter musically. I’ve evolved a lot as a producer and songwriter in part from performing live so much with my band. The music is a lot more organic, almost all live instruments which is why the music can feel a bit old school at times. I went back to my roots in soul, neo-soul, funk and R&B.

Blair Jollands – Nothin’ In The Pot

Songwriter, composer, and singer Blair Jollands, while born and bred in New Zealand traveled the world and is currently residing in London, U.K. The prolific and thought after artist is about to release his fifth studio album later this summer. The video’s visuals paired with the sound remind of what “Violator”-era Depeche Mode meets The Killers might look like. This is what Blair Jollands says about his new single and video:

“This song is about the crossroads we find ourselves at. How we go forward from this point will define us. We have to embrace the challenge using the lessons we have learned, to make a better world for all nations, not just the developed world. The new normal – the norm that emerges after this pandemic, has to be different, specifically when it comes to climate change.”

“Hope So” is one of those beautifully, swirling videos, where you can lean back and take in music and visuals. Berlin-based artist J.Lamotta deals with a slow breakup in this classic R&B song. J.Lamotta gives us some background:

I wrote ‘Hope So’ about my relationship. The idea of breaking up came for the first time somewhere around Christmas 2018. I was hoping that the gaps between us are not too deep to overcome, but they started to tear us apart. My days were Aaliyah on repeat, lots of questions and tears, as I wrote the lyrics on my way from Denmark to Germany.
Watch the video now:

Another example of great art that comes out of isolation. Brooklyn artist Anne Wichman aka She’s Excited! traveled to the border of Brooklyn and Queens to film a video all by herself for her dark synth-pop song “Manipulate.” It helps that this happens to be our own neighborhood. Anne tells us how this video came together:

“How to make a music video during a pandemic? Go to a remote place. So I thought about an industrial part of Bushwick. And I decided to let the street artists of NYC comment. Raw, honest, uncomplicated, fast: Equipped with my phone, a selfie stick and my face mask, I biked over and filmed murals, streets, and Covid-art. I found a deserted street, which allowed me to work without a mask and shoot some video of myself.
After two hours of filming, it was done. I love working fast and intuitively, nurturing this grown-up inner child that still enjoys going to the playground. Unfortunately, I had to play alone this time. But it was fun anyway, a really good experience. I miss to physically be with my friends and creative co-conspirators, though. Sign o’ the times.”