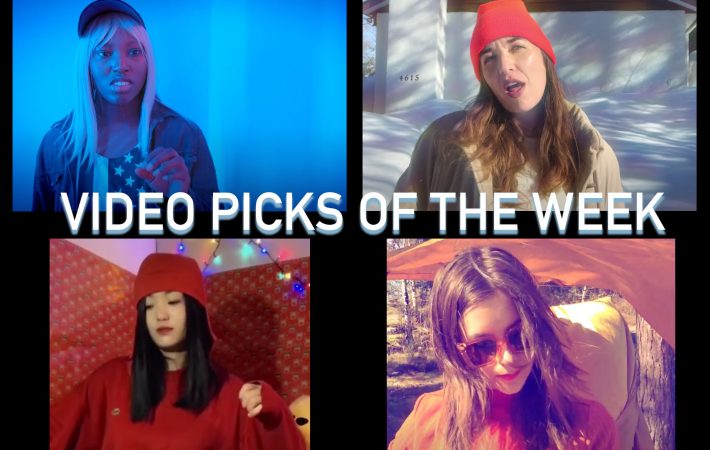 They say about their music:

“Our special sauce comes from our relationship, both the obvious differences – age, race, and sex – and the musical ones.  We are striving to fill a large gap, and which gives us ample room to explore the human condition.”

Reward yourself with a break and watch Meggie Lennon enjoying summer (and a bit of winter) in her chill new video “Mind Games.” Meggie write the song after her new guitarist quit on her, but the story had a good end as she recalls:

I wrote “Mind Games” the following week, on a warm, hazy, summer day. Two weeks later, I formed a full band with great people. The recording experience was a breeze, with Samuel Gemme in Montreal who is responsible for the incredibly sexy guitar line throughout the song.

Korean singer, producer and DJ 박혜진 Park Hye Jin is a alone, but she parties hard to her song “Like This.” If you want to get your own quarantine dance fest going, just turn the volume up and watch this. Hye Jin is about to release an EP “How Can I” on June 26.

Rebecka Reinhard shows us her hometown of Bredäng, Sweden in her new video “Whale,” an infectious, guitar-driven pop song. There is also a good deal of symbolism in the seemingly carefree images as Rebecka explains:

The music video for Whale is filmed in Bredäng where I live and am currently spending almost all my time. It was very much a go with all your instincts kind of process. We strung up some gold sheets by a little bit of forest just outside my flat and the bedroom scene is from this collective I used to live in where all the walls are covered in posters, plastic flowers and pink dresses. The song has a pretty lonely feel to it, a melancholic sense of isolation with a growing restlessness. Its like Im trying to shake off the feeling of impending doom thats following me around. Thats where the ghost comes in. Ive got my birthday cake, balloons, sparklers and candles but the ghost is still hanging around.