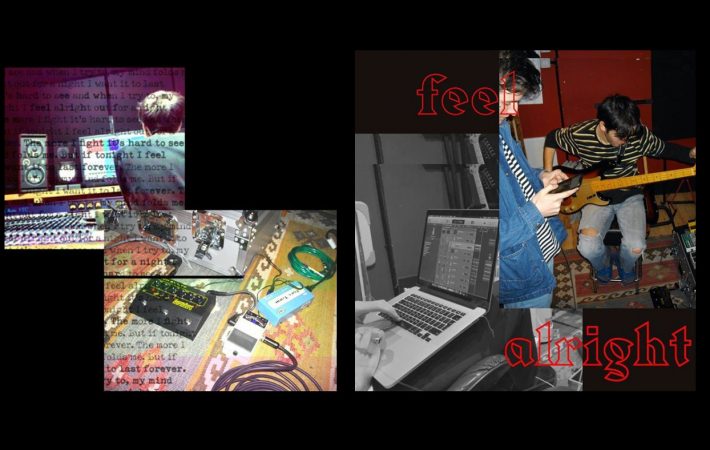 At home in Brighton, The Dryas just released an exhilarating and highly delectable indie-rock gem. Their debut single “Boy” sets the bar high for their next single (July) and EP later this year, with its pulsating beat, the synths and spoken words elements, steady guitar and warm vocals. “Boy” is the creative product of highschool friends Hudd Hunter-Smith (vocals, guitar), Luke Cowie (bass) and Connor Tagg (drums),  who have been making music together for a while but “Boy” marks the first single they have self-produced and released as The Dryas.

When I started listening to “Boy”, I loved it from the spot. The song’s overall joyful, glistening vibe reminded me of the latest track of another three-piece, Australia’s DMA’s. Definitely great talent here and so I reached out to Luke, to tell us a bit more about how the band was formed:

“We’ve actually been friends since we were all about 15/16. We met through forming a band and have been writing music together ever since. We haven’t actually been in an active band for about 3 years now, but we’ve been writing together the whole time and the plan was always to launch something new when we were ready.”

Thankfully, they are ‘ready’ now and so we are looking forward to more exciting music from The Dryas!

Listen to “Boy”, our Song Pick of the Day:

The Dryas · The Dryas – Boy
Connect with The Dryas on Facebook, Twitter, and Instagram and add “Boy” to your playlist as we will add it to our glamglarepick playlist on Spotify:

Watch the lyric video for “Boy”: