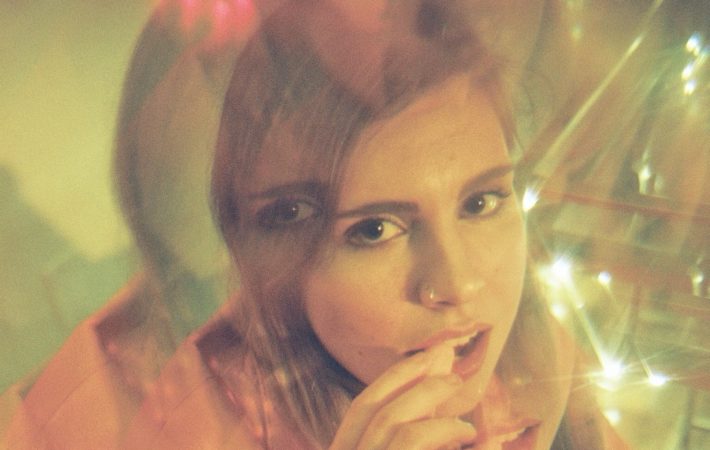 talker is the stage name of L.A.-based musician Celeste Tauchar, who has grabbed us with her energetic pop music full of catharsis since her debut single “Collateral Damage” in summer 2018. On March 6, she released her second EP “Wax” (Apple Music | Spotify) – the same day the cancellations around the SXSW festival in Austin began, where she was scheduled to appear. At glamglare, we were looking forward to finally see a talker show live, but instead, we do the next best thing: a Q&A to learn more about Celeste and her music.

How and when did you start with songwriting?
I’ve been songwriting my whole life. My parents are both pretty musical and my dad used to record a lot of song ideas with me when I was younger. When I was seven years old, I wrote an album called “Groove Songs” that is lurking in the depths of my dad’s hard drive somewhere…but I didn’t really get serious about it until I started high school. I was a pretty melodramatic kid. I’m a pretty melodramatic adult. I need the outlet – it’s something I’ve always been compelled to do. 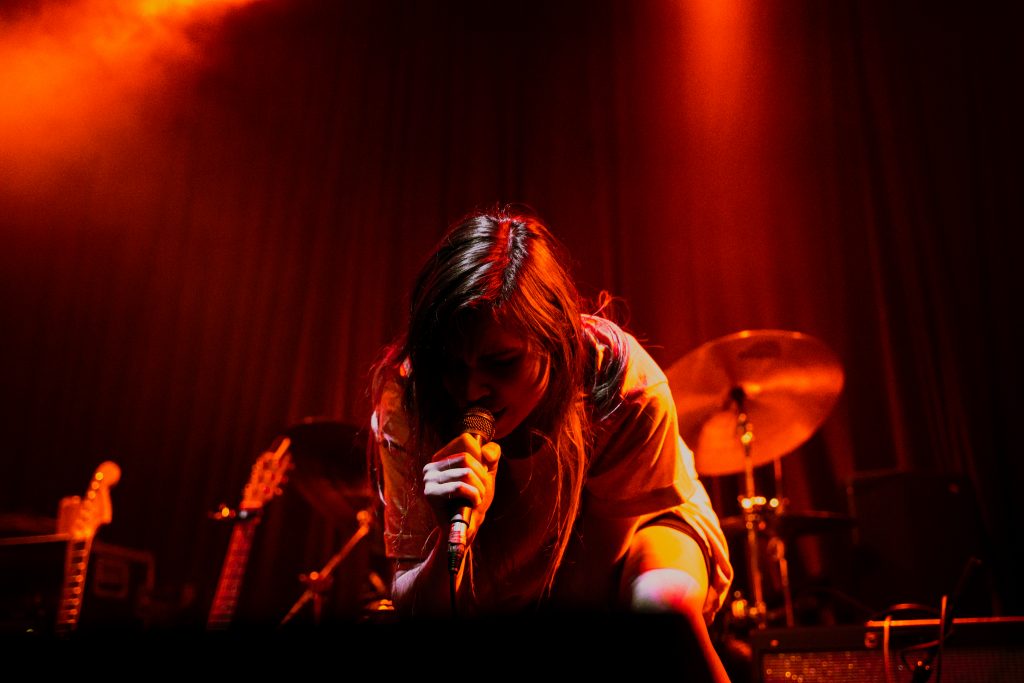 Aside singing, which instruments are you playing on the new talker EP?
I play a lot of guitar and keys/synth on this record! I also played bass, and split some of the playing up with my producers. The only instrument I didn’t personally play was the drums – maybe one day.

In addition to your own project talker, you often tour with L.A. duo Frenship. I have been to many concerts in my life, but I don’t think I’ve ever seen a female multi-instrumentalist backing a male pop band. How did it come to that?
Well hopefully you see a lot more of it! There are a lot of us lurking in the shadows. I met the Frenship guys through my friend/collaborator/producer Dan Sadin, actually. They were looking for a female keyboardist because they wanted female backing vocals, as well as someone to sing the lead on their song “Capsize”, which features a female lead vocal on the recording. We all just mesh really well as friends, too, so it was a really natural fit. 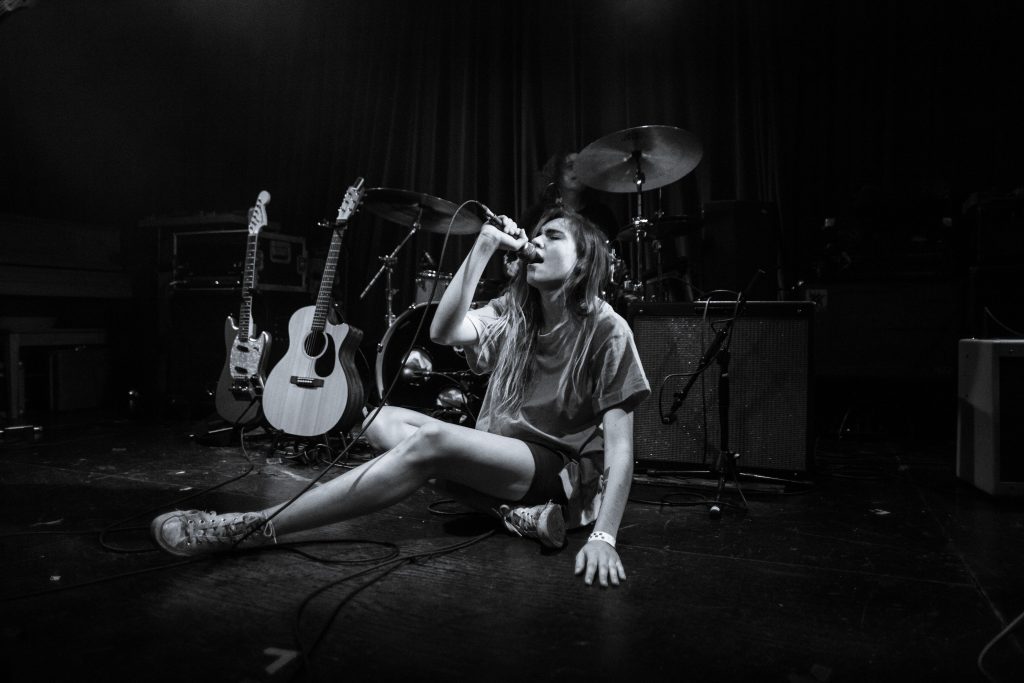 You did a live stream show a few days ago, which we loved watching. While nothing can replace live music, how did you like this experience?
I’ve been doing a lot of live streams now! I’m doing a kind of virtual “tour” playing sets from different Instagram accounts. It’s cool. It’s definitely nothing like playing a real show. It’s really hard to control your sound. I want to be able to play really loud with my electric guitar and add in some synth tracks and stuff, but I’m just streaming from my iPhone so that doesn’t really work with the audio. I have to spend some time fixing up the mix and figuring out a better way to process it.

But it’s cool! I’ve had a lot of people reach out and say that they’re grateful that musicians are doing these shows. I think it gives people a much-needed escape, and they can at least experience a fraction of the catharsis of a real show.

Let’s hope that musicians can go on the road again soon. We haven’t seen you live yet. How does your show look like? Would it look any different without budget constraints?
My show is a full band, right now we’re a four piece – vocals, two guitars, bass, and drums, plus we run some tracks for some background synth parts. I have a keyboardist who plays with me sometimes in LA, but for touring right now we do have that budget constraint. As we grow and play bigger shows, the first thing I want to invest in is definitely a great visual component. I think the aesthetic and visual element of a show is equally important as the music, and makes such an impact. I have it all mapped out in my head already. 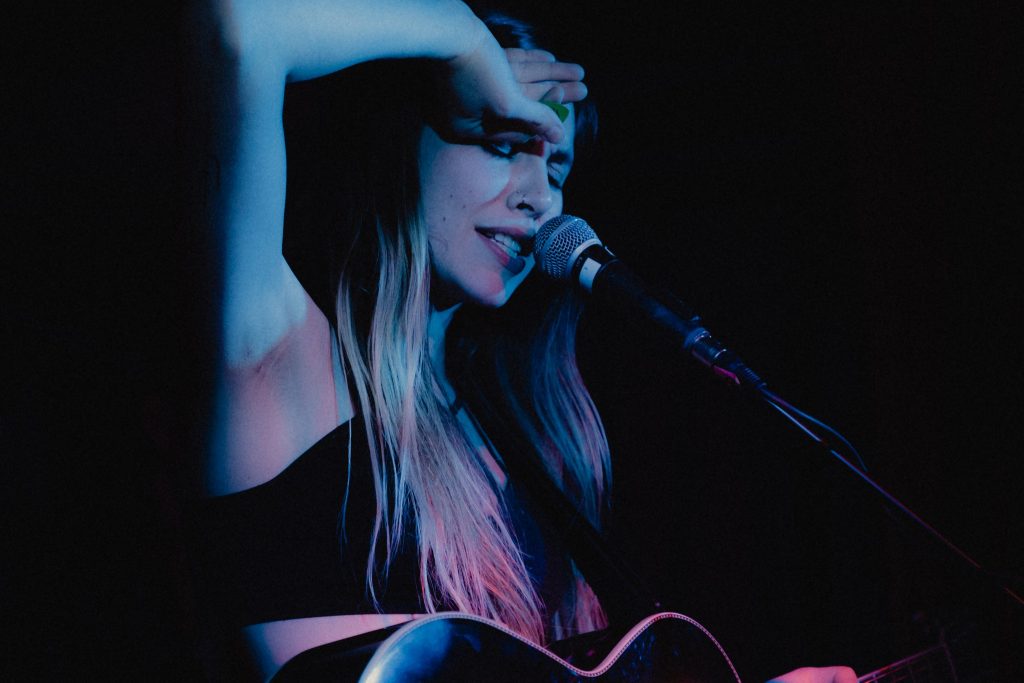 The 2020s are off to a botched start. Any past decade you would have liked to be part of because of its music, style, fashion etc?
Seriously. I keep just thinking at least it can only get better after this – right? I would have loved to be a bit older in the 90s – I was born right in the middle of the decade so I didn’t actually really experience it. The style was pretty tragic in a lot of ways, but my own style kind of lines up with that. LOL. I just really love the idea of an era where there was enough technology to stay connected and feel this forward momentum, but not so much where we’re constantly inundated with information every second. I feel like there was a general optimism and social setting that seems rad. Plus, I would have killed to see Nirvana play a show in the early 90s. Jeez.

Thank you, Celeste, for the insight! Stay safe and let the good music coming!