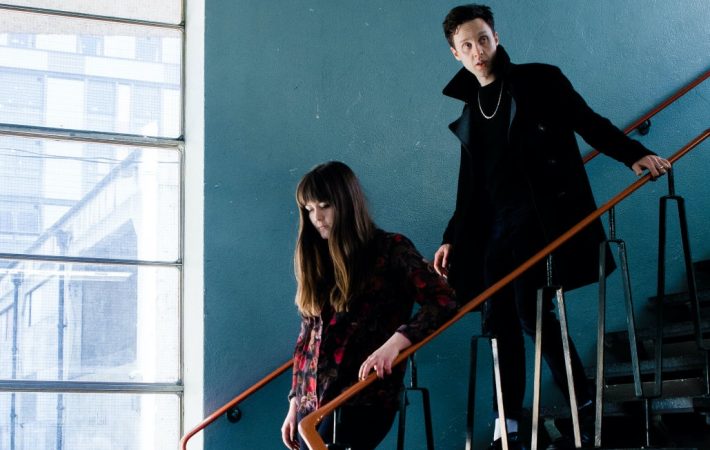 When a band names itself after a song of theirs, it suggests an appealing story: the music was first, all the the commitments that come with forming a band came later. Annie Rew Shaw and Billy Wright met while working on another project and realized that they enjoy working together, hence Dust In the Sunlight was born. And indeed, their voices layer naturally without the female/male dynamic jumping in your face. Add the beautiful dreamy soundscape to it and you can see the dust particles dance on a lazy country-side summer day right before your inner eye.

Annie and Billy give us some background about the song:

Dust In The Sunlight’ was one of the first songs that we wrote together, during a session at an artist warehouse in North London that Annie was living in at the time. The song speaks about being caught up with someone who’s emotionally unavailable and being prepared to compromise your own values in order to keep them around. We liked the imagery of the title so much that it became the namesake of the band.

Listen to “Dust In The Sunlight”