SONG PICK: FERGUS – All You’re Not 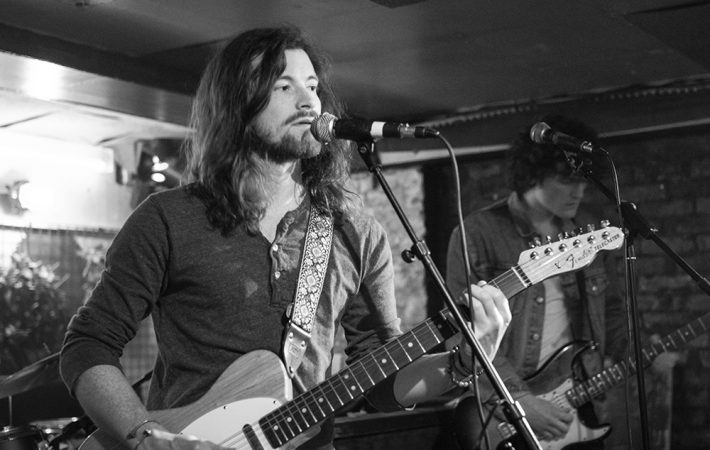 SONG PICK: FERGUS – All You’re Not

“All You’re Not”, the new single by alt-pop artist FERGUS, impresses and delights with its unusual structure and riveting harmonies. It is a song one can listen multiple times to and every time discover something new, despite its relatively focused instrumentation. The London-based artist lets his vocals and stellar guitar fingerpicking shine, and only gradually adds drums and other instruments to the track. “All You’re Not” grows in intensity, swirls and swells and nearly bursts but only almost. FERGUS lets the song down gently in the end, offering a mellow ending, conciliatory even.

The lyrics are as equally accomplished as the song itself, with a play on words and imagery not easily found in pop music let alone the singer/songwriter kind. Yet this makes the lyrics all the more poignant and poetic.

When asked about the inspiration for his latest song, FERGUS provides:

“‘All You’re Not’ is a retaliation to being branded by someone as lacking in so many ways. A veil has been lifted and you finally see the situation for what it was, and what this person was doing to you… wearing you down and eventually eroding your self-esteem completely. You realise all these faults are not, actually, part of your character at all, but a reflection of theirs. So, you start to remember your worth, stop feeling sorry for yourself and become free to heal. ‘All You’re Not’ is riotous and viciously defensive – because it’s high time you claimed back your wounded self.”

Listen to the glorious “All You’re Not”, our Song Pick of the Day:

Connect with FERGUS on Facebook, Twitter, and Instagram and add “All You’re Not” to your playlist as we will add it to our #glamglarepick playlist on Spotify.

“All You’re Not” is released via Goldun Egg Records.