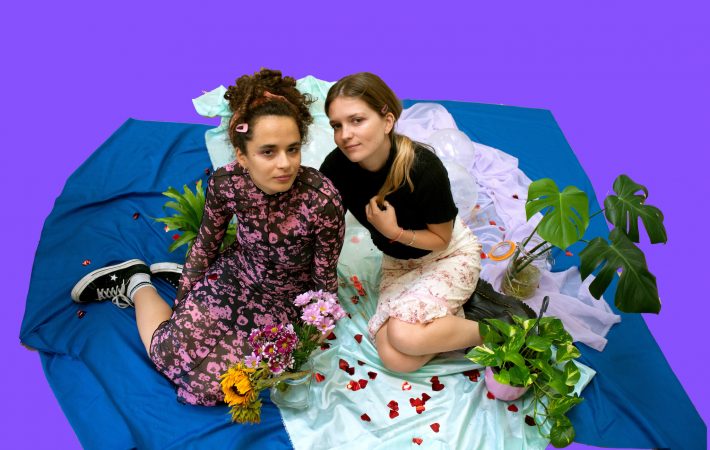 Lydia Clowes and Teresa Origone record under the name Bad Honey and whatever association you have with this name, it is probably wrong and far away from the other Bad Honey duo that you may find on top of your search results. There is nothing bad or spoilt about what the two Londoners are doing: their songs are rather sweet, late night reflections for blissful moments where everything feels right.

“Awake Tonight,” Bad Honey’s four track second EP is out now (Apple Music | Spotify). We feature “Circles” as our Song Pick of the Day, in which Lydia and Teresa give a receipe for a working relationship. They explain:

[Circles] is about being in a relationship where both people are fighting their own battles, and finding strength in supporting each other. It’s a positive way of saying ‘I’ve got you and you’ve got me’, and not allowing things to go round in a vicious circle where problems are ignored and the situation gets worse. We wanted to create some cyclic motion within the music as well, so we did this via the looping arpeggiated synth in the verses, and the layered backing vocal lines in the choruses which create a canon-like effect. We worked on this song with our friend Geo who we produced it with.

Listen to the song here: