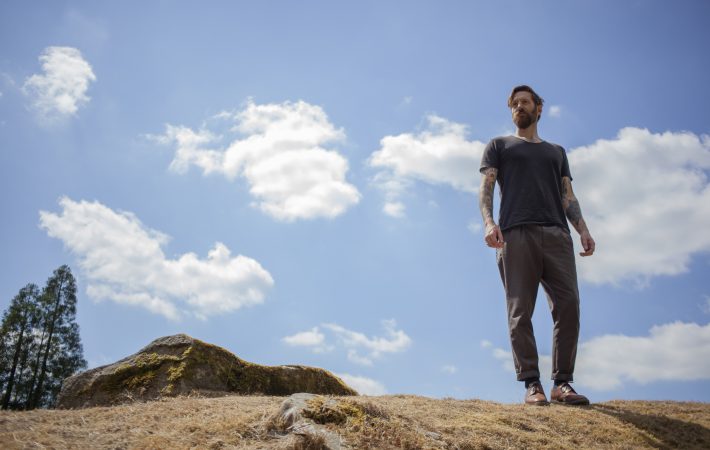 Ahead of his 11-track album “I Used To Be Sad & Then I Forgot”, British singer/songwriter Mr. Alec Bowman released the quiet and beautiful “Safe Mode”, together with a gorgeous video. Writing and recording songs, putting them all on an album, and releasing it at one point, takes time. With an album release date of May 1st, 2020 one could call Mr. Alec Bowman being prophetic, as timely and eerie as “Safe Mode” is.

We wanted to know more about the track and reached out to the artist. Mr. Alec Bowman was so kind to give us the following insight:

“I didn’t realise when I released this song & video, let alone when I recorded it, just how pertinent it would be – a song celebrating self-isolation and a video involving me finding solace, alone, among the trees. I’m no soothsayer or saint, I’m not trying to be wise or clever, or funny, i just tried to summon up images of the strange disconcerting peace gained in total isolation from other humans & you can decide if I succeeded, or not. Here’s the first two lines:
When the time for talking’s over & the silences begun
You can’t come up for air & the words have all been done”

When I first listened to the song, I loved it from the spot and the lush, nature-embracing video did the rest. It seemed to be such a mundane thing, the possibility to head outdoors and enjoy life in the open. How much has changed in the blink of an eye. The more I appreciate wonderful music and visuals. Thank you, Mr. Alec Bowman!

Watch the video for “Safe Mode”, our Song Pick of the Day:

Connect with Mr. Alec Bowman on Twitter, and Instagram and add SONG to your playlist as we will add it to our #glamglarepick playlist on Spotify.

Pre-order the album here, and listen to “Safe Mode” on Soundcloud: