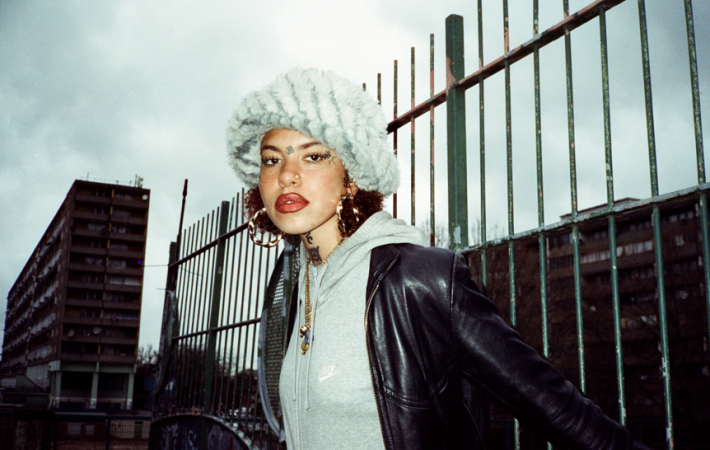 When I heard “Ghost Town” this morning, I was immediately smitten by its dazzling and groovy vibes. The statement “No, you can’t take my city away”, also made my mind spin, as this became more crucial in more than just one way.  “Ghost Town” marks the first overtly political song for Greentea Peng (Aria Wells). From the intro to her amazing video, the following stuck out for me:

This song is not just about London, my city. This song is for all of us. All of our cities. Our Towns. And all of us who bring these cities to life.

When asked about her new track, Aria provides the following:

“GHOST TOWN is inspired by a Dub Judah dubplate I heard at an Iration Steppas gig. Call it gentrification, call it social cleansing, either way you are making it clear that your vision for this city does not include us. This song is not just for London. This song is for all of us, all of our cities, all of our towns and all of us people who bring these places to life. It’s about our fundamental right to thrive in the communities we were born into and grew up in. It’s about the loss of soul in these soon to be ghost towns.”

“Ghost Town” is a sincere and entrancing anthem to speak out, get heard and do something. Thank you, Greentea Peng, for wrapping something so important, so beautifully!

Listen to “Ghost Town”, our Song Pick of the day. You might want to watch the video while doing so as it is absolutely stunning.

Connect with Greentea Peng on Facebook, Twitter, and Instagram and add “Ghost Town” to your playlist as we add it to our #glamglarepick playlist on Spotify

Watch the amazing video to “Ghost Town”, directed by Melody Maker. It is filmed on The Aylesbury Estate, which is currently being demolished as part of a longstanding and sustained housing crisis.