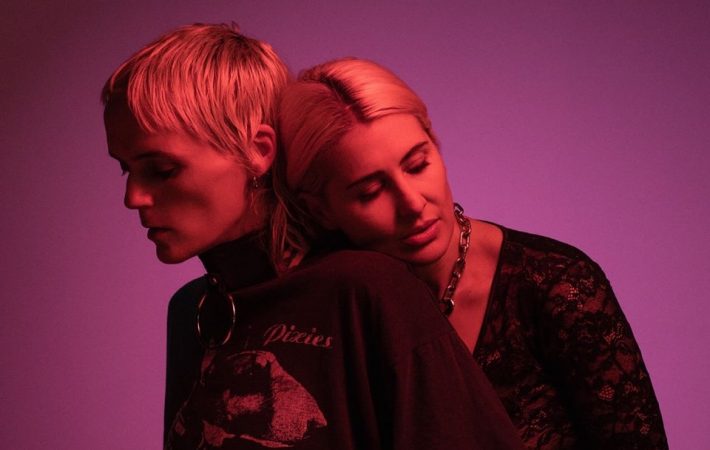 After Friday’s Song Pick here is another act who helped sparking this blog: genre-defying Berlin-based duo Evvol, formerly Kool Thing. They are now ready to release their second album “The Power” on May 8. First single “It’s Ok” is a compelling synth pop piece that keeps you on the edge with unexpected vocal effects and leaves it unclear how well things really are.

The video, directed by singer Julie Chance, interprets the song’s title with a riveting street fighter story. Julie gives us some background:

The song is about a relationship where despite uncontrollable outside forces at play, that toy and disrupt emotions – love prevails. In the video we wanted to explore this idea of how that might look. Using the idea of two sworn enemies at war who meet for the showdown of a lifetime, only to be stopped in their tracks by their wild desire for each other