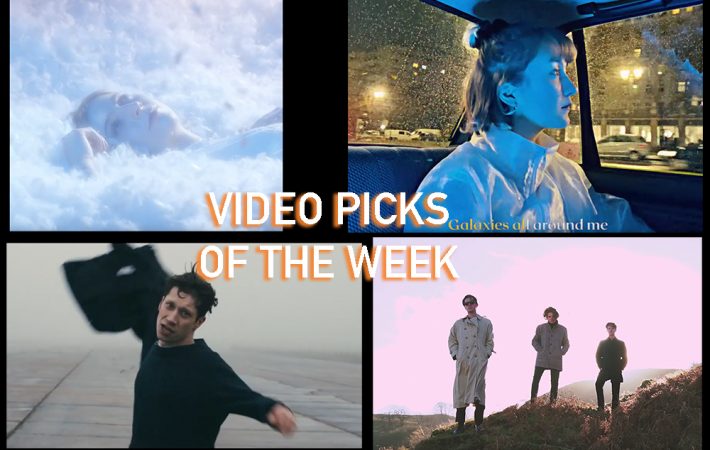 “Embarrassing” by Canadian singer/songwriter Ellis is looking at shame from two angles. There is nothing to fear here: the nocturnal video by Max Taeuschel treats its protagonist gently, engulfed in mild light and soft feathers. Ellis releases her album “Born Again” on April 3 and will make an appearance at SXSW this March.

Based in Berlin, experimental pop artist Novaa says about her video: “I have a hard time explaining this song. And to be honest I don’t even want to explain it. ALIEN is light and heavy, heals and hurts, is very me but also everyone. Whatever you find in it for yourself, I hope it makes you feel safe and home.I wrote this song about 4 years ago when I was at university. It saved me in a time when I felt alien and not compatible with human life. Even in times when there seems to be nobody, no future, no nothing, you are not alone I promise.” Best, you check it out for yourself, the track is gorgeous and the visuals hypnotic in its simplicity.

Ready to admit that we are fans of one-take videos and music clips that focus on the singer/front person. From October Drift‘s stellar album “Forever Whatever”, the second track “Oh The Silence” got a visual treatment, which is as focused as it is mesmerizing.

Turns out, we are also fans of videos perusing the countryside. British indie-rock trio The Blinders demand our attention with the bluesy and truly gorgeous “Circle Song”, ahead of their second full-length album “Fantasies Of A Stay At Home“.