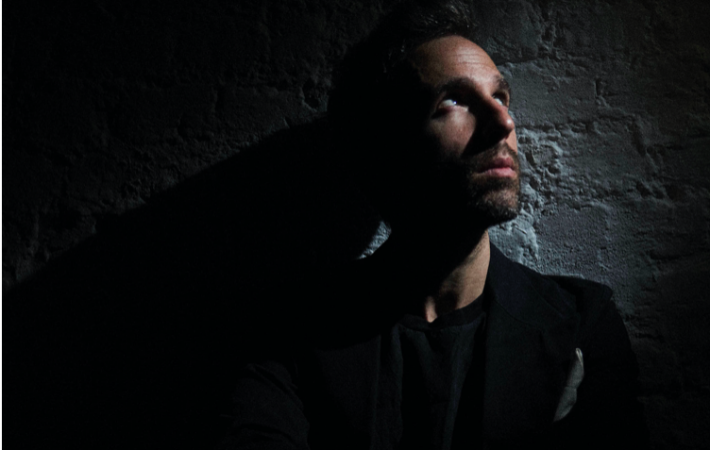 “Disintegrate” marks the second single of White Tail Falls’ debut album “The Age Of Entitlement”, out on May 29th via Physical Education Records. The video to the almost painfully gorgeous song marks the second chapter of a short-film directed, edited and shot (on an iPhone) by Craig Young, following White Tail Falls’ debut single ‘Give It Up, Son’, released in October.

When asked about the new track, Irwin Sparkes, the artists behind the moniker White Tail Falls, explains:

“In ‘Disintegrate’ we set-up the final confrontation between the protagonist and his ghostly nemesis, which we get in the third and final chapter (Give It Up, Son). We wanted to tell the story of how the sheet was a comfort, a friend, but over-reliance can become an addiction if one of you doesn’t want to let go. It’s the physicalised story of battling your inner demons.”

The song is characterized by such a beautiful and easy flow, that the inherent darkness becomes not immediately apparent. On top of it, “Disintegrate” offers some unexpectedly crazy catchy parts, for example “will you be my somebody to love”, is something that will linger.

Watch “Disintegrate (Part II) and listen to our Song Pick of the Day:

Connect with White Tail Falls on Facebook, Twitter, and Instagram and add “Disintegrate” to your playlist as we add it to our #glamglarepick playlist on Spotify:

Why stop at “Disintegrate (Part II)” when there is also “Don’t Give It Up Son (Part III), with Part I yet to follow.