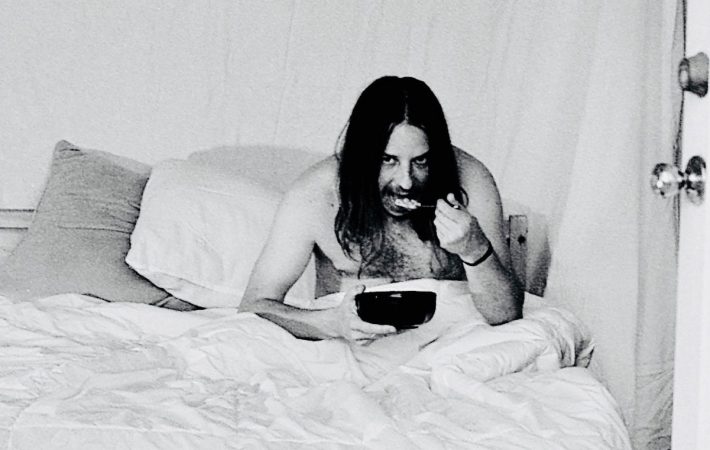 Among last Friday’s new releases was “Stay Calm, Ezra”, announcing Dustin Lovelis‘ debut album “In Your Chamber”, out via Park The Van. I listened to the single but stayed for the entire album, on double repeat and then some. So. Good. Beautiful harmonies, mostly mellow vibes paired with an overall optimistic feel despite the at times heartbreaking subject matter. As the Graham Lovelis directed music video for “Stay Calm, Ezra” suggests, something involving a young boy might have happened.

Dustin Lovelis reveals about “In Your Chamber”, which turned out to become a concept album, albeit not intentional at first:

“It’s a love letter to my son who, due to health complications, was never born. It’s also a commentary on the wild world he would have entered.”

Amazing! Dustin Lovelis has all my admiration for dealing with loss and pain in such an amazing way. The album is nothing short but stunningly beautiful, with “Stay Calm, Ezra” only being one of ten gorgeous songs. “Jaundice” being another top favorite. Listen to “Stay Calm, Ezra”, our Song Pick of the Day:

Connect with Dustin Lovelis on Facebook and Instagram, and add “Stay Calm, Ezra” to your playlist as we add it to our #glamglarepick playlist on Spotify:

And then listen to the entire album: