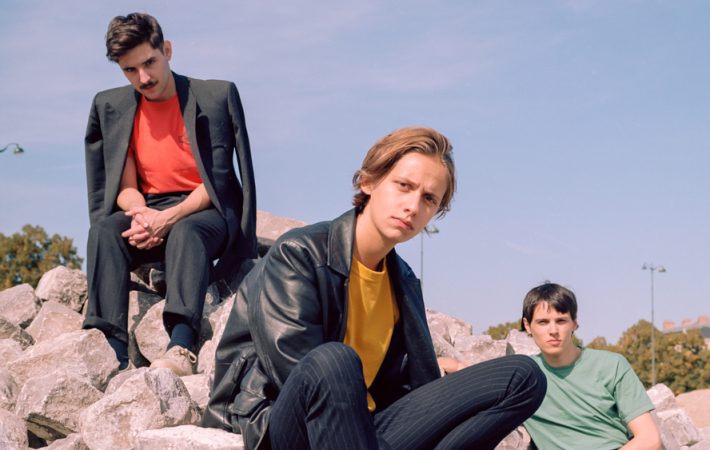 Parisian electro-pop trio Keep Dancing Inc announce their upcoming debut album “Embrace”, out June 6th, with the upbeat single “Could U Stop”. The track is, like the band’s name suggests, beautifully energetic and highly danceable. The single gets accompanied by a surreal and lighthearted video, that captures the essence of the playful track well.

“When thinking of ideas for the video for ‘Could U Stop’ I wanted to create a collage or montage of images that were both playful and strange. I wanted it to feel like cuts from different film trailers with bits of performance and improvised studio moments. I wanted to focus on rhythm and tone rather than taking the lyrics too literally and in the end we had lots of fun making it!”

With or without video, “Could U Stop” is a glorious and ultra charming synth-pop number. Listen to “Could U Stop”, our Song Pick of the Day:

Connect with Keep Dancing Inc on Facebook, Twitter and Instagram and add “Could U Stop” to your playlist as we add it to our #glamglarepick playlist on Spotify: