VIDEO PICKS OF THE WEEK: talker, The Districts, The Slow Readers Club 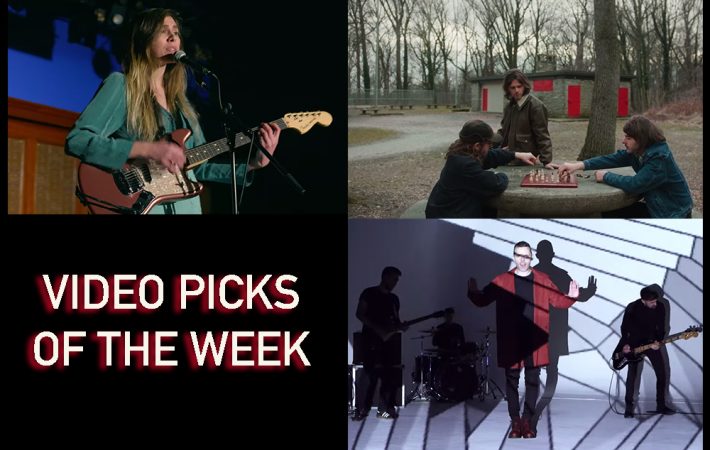 VIDEO PICKS OF THE WEEK: talker, The Districts, The Slow Readers Club

Watch talker enjoying herself on and off the stage. “Suck Up” marks the next single of her upcoming second EP. The video is directed & produced by Jake Goble and co-produced by Celeste Tauchar aka talker herself. You can see talker live and in person on March 8 at the Bootleg Theater in L.A., and later at SXSW in Austin, TX.

Looks like Pennsylvania indie rockers  The Districts are on roll! After their fantastic second album “A Flourish and a Spoil”, they  are gearing up for their fourth album “You Know I’m Not Going Anywhere” and are releasing one crazy good single and video after the other. About “Velour and Velcro” director Jake Lazovick says it is “a fairytale about finding heaven and quickly growing bored with what it has to offer.” And singer/guitarist Rob Grote refines that the song “is about the elusive nature of bliss and how even when you’ve caught it, you know it may be fleeting.” Beautiful sentiment and song.

British indie rockers The Slow Readers Club take a firm and glorious nod to the 80s with their new single and video “All I Hear”. The band says about the video: “It was great to work with our friend and visual collaborator Chris on this video. Seeing the graphics from the album come to life around us was a really cool experience. Can’t wait to see what people make of it.” The result reminds of the vibe of some early Bronski Beat, U2 and The Simple Minds works. Love it!