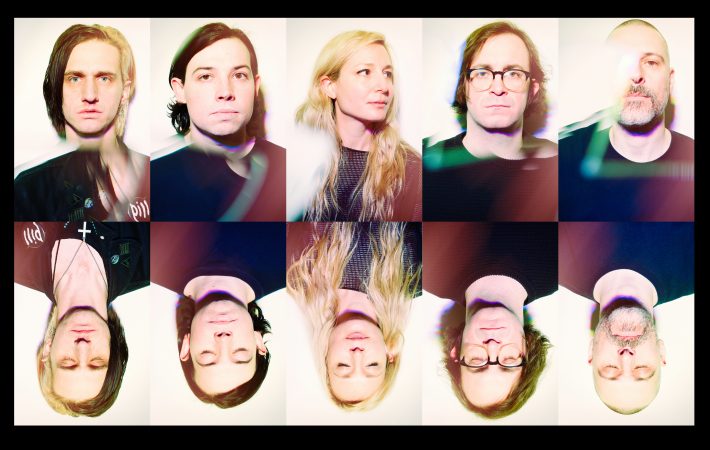 Summer of 2019 saw the first flurry of shows by Brooklyn-based indie rockers Clone, when they steadily build their fanbase, who will also come out tonight when Clone celebrate the release of their single “New Romance”. With members of other alluring formations it comes as no surprise that Clone can rely on getting attention: LG Galleon (Dead Leaf Echo) on vocals and guitar, Max Idas on bass (The Lulls), Dominic Turi (Squad Car) on guitar, and Lyla Vander (Ice Balloons, Habibi) on drums.

But the best foundation means nothing if the result is not appealing. Fortunately though, “New Romance” is as fantastic a song as you would expect from Clone! “New Romance” is wild and full of honest feelings with an urgent, longing vibe. The blend of simmering guitars, pulsating drums, heavy bass lines and expressive vocals is mesmerizing, and it is especially so when experienced live or on headphones.

If you find yourself in New York, then head out to Our Wicked Lady tonight for Clone’s single release party, together with other great New York bands. Listen to “New Romance”, our Song Pick of the Day:

Connect with Clone on Facebook and Instagram, and add “New Romance” to your playlist as we add it to our #glamglarepick playlist on Spotify: