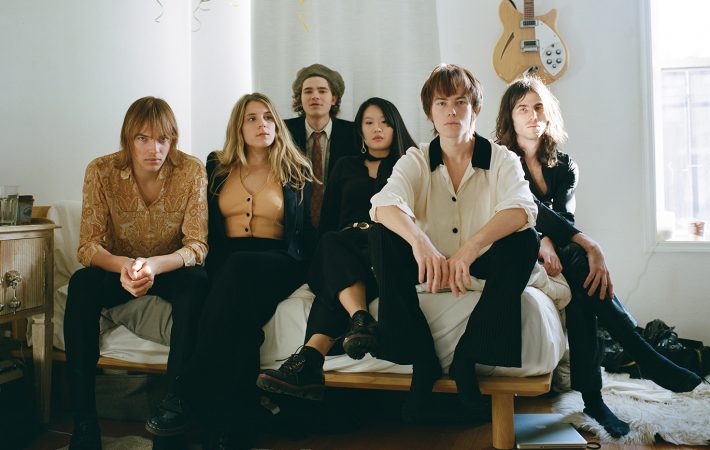 Releasing a song called “Forever & Always” on the most love-exploiting day of the year might seem like a bad idea at first glance. Why throwing yet another romantic tune into the endless sea of love songs? But what if the love song in question is exceptionally heartfelt, and defies all boundaries of stereotyping in its everlasting appeal?

“Forever & Always” marks the first single of Brooklyn-based indie-rock band GIRL SKIN, announcing their debut album “Shade is on the other side”, out on April 17th via Jullian Records. It is also the album’s opening track, and could stand as an overall arch for the theme of the record which is mostly on the romantic side, and so it suddenly makes sense to put the song out on Valentine’s Day.

Accompanied by a gorgeous video, filmed and directed by Idle House in Upstate New York, the visuals support the idea of “Forever & Always” in more than just purely romantic ways. The music video resonates with all of us who long for togetherness and acceptance. The free spirited and everything is possible vibe is infectious, and invites us to hum along.

Listen to “Forever & Always”, our Song Pick of the Day, and enjoy the dazzling visuals:

Connect with GIRL SKIN on Facebook, Twitter and Instagram and add “Forever & Always” to your playlist as we add it to our #glamglarepick playlist on Spotify: