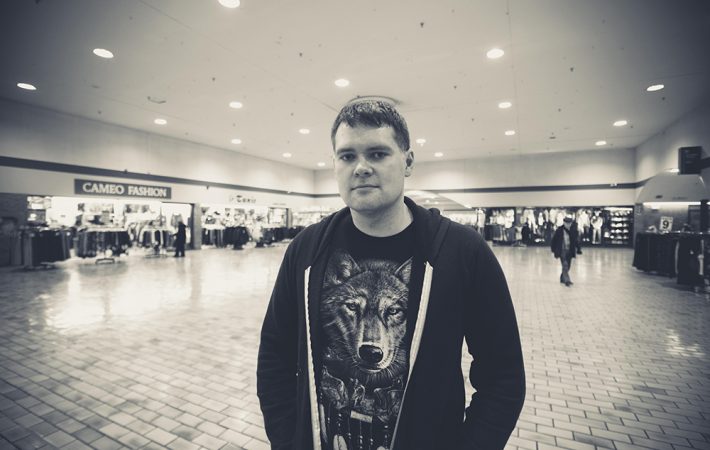 “Don’t Let the Moon Die Young” had me by its title and as it turns out, it sounds lush, playful, 80s inspired and absolutely lovely! This is the new single by Jack Moves, who lives in Toronto, and had played in hard rock and heavy metal bands before going solo, and the electro pop direction. Intrigued, I wanted to know more about the track plus Jack Moves’ upcoming album “Passing Protagonists”, due March 6th. Jack’s short answer to my question is:

“With this song, I sought to explore the fragility of the youthful state of mind, and it’s so very fleeting and temporary nature.”

But there is more to “Don’t Let the Moon Die Young”, of course there is with a beautifully surreal title like that. Jack offers the following insight:

“The vibe for this track I associate with certain visual inspirations…the Puma “After hours athlete” ads, and Dio’s “Rock n Roll Children” (minus the cheesiness). It’s a virtual fantasyland I create…I mention Conquistadors, Sirens, frustrated young men/amateur graffiti artists, Lost girls, crowds of devotees to unknown ideals. It’s a bit of a dreamscape. It’s dramatic, full of anticipation, poorly lit, with the edges rounded off because everyone’s got at least a buzz going….and then it’s over. It’s the next day, gotta go to school, go to work, it’s 10 years later, 20 years later, etc.”

Listen to the dreamy and playful “Don’t Let the Moon Die Young”, our Song Pick of the Day:

Connect with Jack Moves on Facebook, Twitter and Instagram and add “Don’t Let the Moon Die Young” to your playlist as we add it to our #glamglarepick playlist on Spotify: