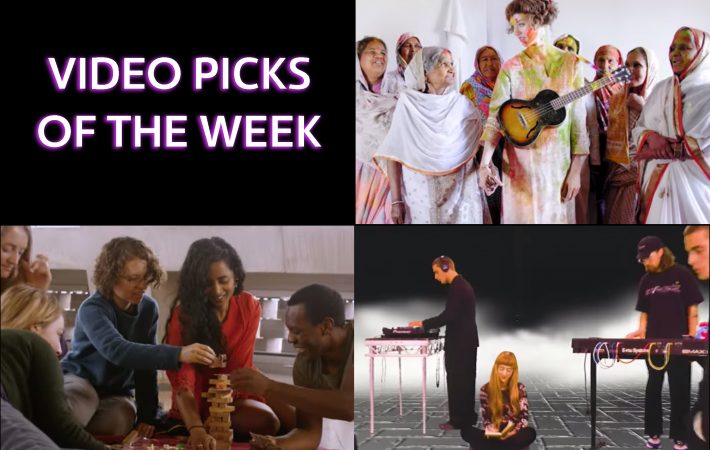 “Being content is merely just piecing together the good things that each day brings,” says singer/songwriter Navina and her upbeat video gives you some ideas how such a day could look like.

“Party” is the latest single from Planet 1999, a London-based shoegaze outfit hailing from France. Released today by preeminent future pop label PC Music (in conjunction with [PIAS] Recordings), the single is available to buy and stream on all partners alongside a video directed by Aidan Zamiri.

Sisters Sarah, Hannah, Eva, and Liza Holbrook, who together form indie pop-quartet SHEL say about “Rainbow”: “In many rural societies in India, people believe that the loss of a woman’s husband is a result of her bad karma. There’s a ceremony after his death that involves dressing her in white (the color of death), smashing the bangles around her wrist, and turning her out of society to beg on the streets. Often her own children abandon her.” Watch inspiring video and consider supporting SHEL in their mission to help the women from the craft center Hope Springz.