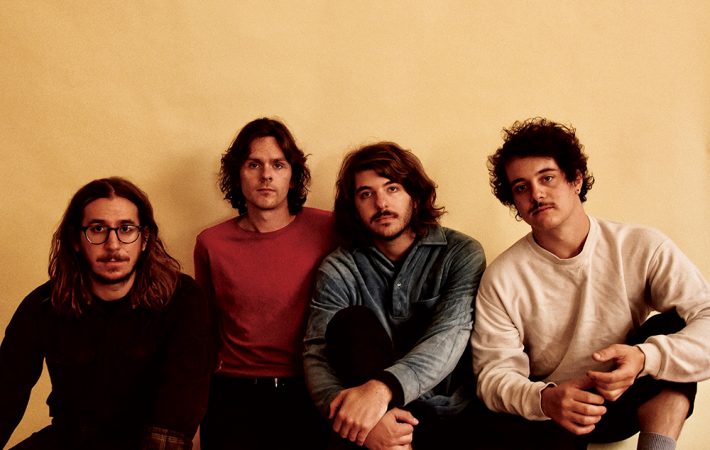 Announcing their fourth full length album, The Districts offer the beautifully brooding and absolutely appealing “Cheap Regrets”, together with a truly cool video. The wistful song comes with an urgency and the accompanying video underscores the nostalgic yet upbeat vibe. “Cheap Regrets” sounds rather early 70s electronics in the beginning and legends like Kraftwerk come to mind. Wait a moment! Album #4? I remember when The Districts, calling Philadelphia their home, put themselves firmly on the map with “A Flourish And A Spell”, becoming one of my highlights of SXSW2015. Okay then, their new album “You Know I’m Not Going Anywhere” will be out on March 13th on Fat Possum and is available for pre-order now.

Singer and guitarist Rob Grote says about the song and its visual interpretation:

“‘Cheap Regrets’ is some late capitalist nihilism channeled into a Districts dance party. It’s about the extremes of American culture constantly reinforcing the self. The mirror reconfirms you. It’s all iPhone, selfies, and mirrors. Sell yourself baby. The consumer gets consumed. I wanted people to dance together to a song about alienation to find some collective transcendence in that.”

Watch the really cool and captivating video for “Cheap Regrets” and listen to our Song Pick of the Day:

Connect with The Districts on Facebook and Twitter, and add “Cheap Regrets” to your playlist as we add it to our #glamglarepick playlist on Spotify: