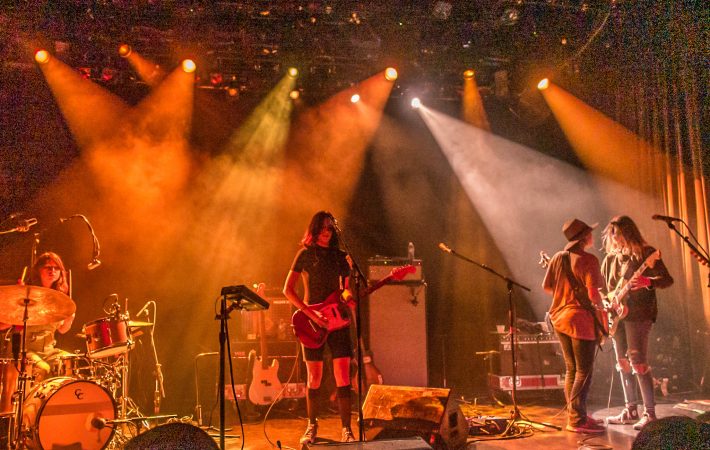 It has been almost four years since the last album of Los Angeles indie rock veterans Warpaint, so it is good news that they are working on their fourth studio album to be (hopefully) released later this year. In the meantime we have “The Brakes” from the excellent soundtrack of the film “The Turning,” which – according to the critics – may be by far the best part of the movie.
“The Brakes” is quintessential Warpaint, a sprawling jam sung by Emily Kokal, more a nod to their 2010 debut full-length “The Fool” than to their more recent offerings. In any case it is good to hear that Warpaint is alive and kicking and we cannot wait what they have for us on their new album.

Listen to our Song Pick of the Day “The Brakes” on Spotify,