SONG PICK: Glassio – Are You Having Fun Without Me? 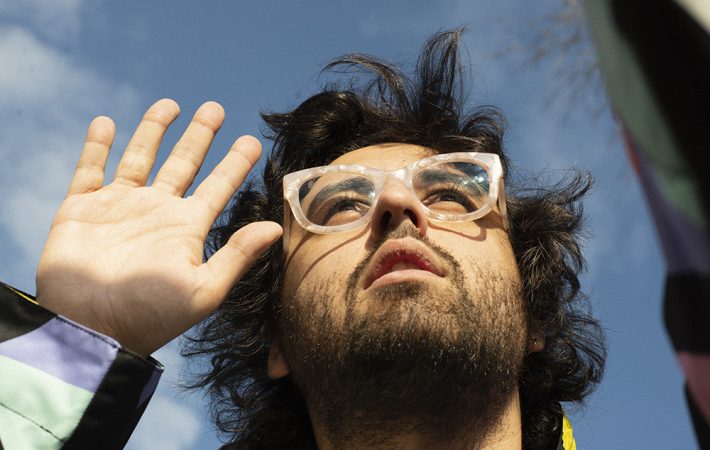 SONG PICK: Glassio – Are You Having Fun Without Me?

The day always brightens up a little when a new song by Glassio lands on my radar as previous glamglare features are proof. We are fond of the dream-pop pearls that New York-based Irish-Iranian singer/songwriter and producer Sam R. releases. For his latest single, “Are You Having Fun Without Me?”, he enlists Anna Beckerman on backing vocals and gets live drumming from Charles Fauna, whose stellar 2018 released album “Eulogy” is still in our ears. The upbeat sweetness and innocent vibes of “Are You Having Fun Without Me?” will make us want to play the track for a long time as well, for sure.

“Though anything I write is usually an amalgam of multiple experiences, this song was pretty personal and loosely inspired by the upbringing my siblings and I had. We were moved around a lot growing up, and lost touch with friends and family members. I had always wanted to write something that tackled our upbringings, and felt this song was a perfect portal for those sentiments. I wanted to leave it pretty open ended though and hope people can apply their own experiences to the song — whether it be betrayal, a breakup, or not being accepted by someone they love.”

It totally works! I am sure most of us can relate, especially now in the age of FOFMO (fear of missing out) or living in a city like New York, where there’s always someone having fun without you. Listen to “Are You Having Fun Without Me?”, our Song Pick of the Day:

Connect with Glassio on Facebook, Instagram and Twitter and add “Are You Having Fun Without Me?” to your playlist as we add it to our #glamglarepick playlist on Spotify.