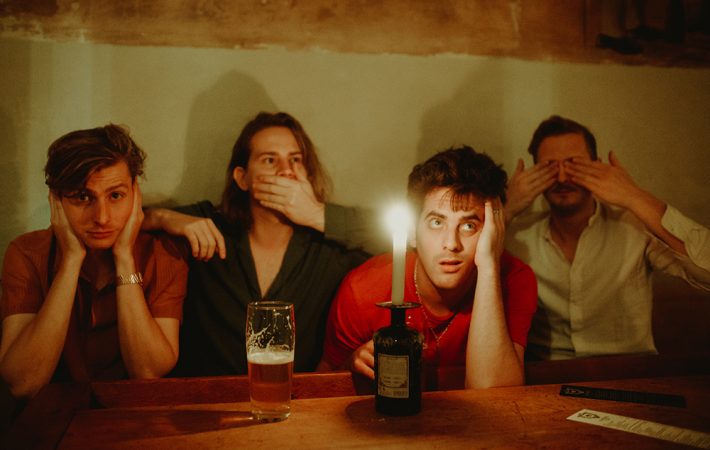 U.K. indie rock quartet Circa Waves released a charming video to their feel-good single “Move to San Francisco”, an idea those of us living in the colder climates might have often these days. The single/video are part of Circa Waves fourth studio album “Sad Happy” with the “Happy” part being released January 10 and the “Sad” side coming out March 13th, together with the actual physical copy. When asked about their new single and the accompanying video, frontman Kieran Shudall provides:

“Inspired by the Beatles favourite instrument the Mellotron, ‘San Francisco’ was written in a quick burst. It’s about escapism, pessimism, and Bruce Springsteen. In the spirit of DIY, we decided to film the video ourselves and let Joe edit the shit out of it. We walked to the highest point in San Fran, went to the lowest dive bars, and even filmed the Golden Gate Bridge. What the video lacks in camera prowess, it makes up for in idiotic charm.”