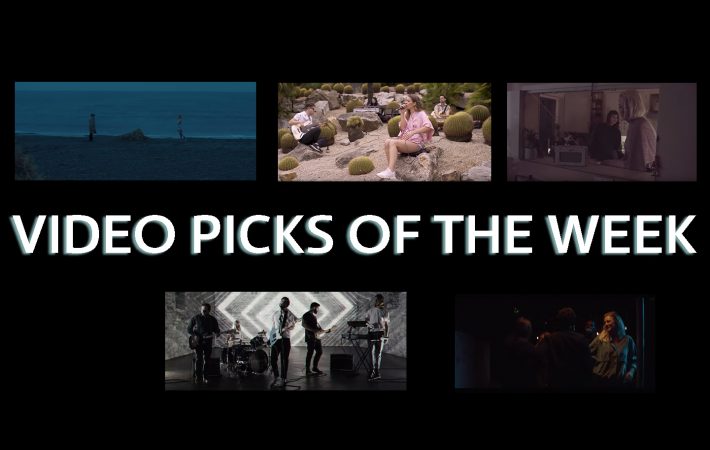 The new video by London-based duo Smoke Fairies is directed by Annick Wolfers and it is stunning in its mellow flow and sheer beauty. Katherine Blamire reveals.  “The video was a really simple idea encapsulating how your everyday domestic world gets turned upside down when someone gets inside your head – how your normal world goes slightly askew and there is a sense of strangeness to everything you normally go about doing”.

The magnificent live video for “Align” by British post punk quintet Tourists got produced and directed by Callum Earnshaw and Andy Hopper and filmed  at The Spanish Barn. Earnshaw explains: “The Spanish Barn is a pretty unique and special location and we knew that we wanted to transform the space into something even more spectacular. We brought in projection guru Tim Dollimore from The Media Workshop to project Andy’s chaotic animations onto three walls in order to create the sense of immersive movement with the projections, which suited the dynamics and tempo of the track perfectly.”

London-based singer and producer Tusks Filmed a gripping visualization for her song “Mind” to raise awareness for harm OCD, a mental health condition she has been struggling with. The video is directed by Heini Susanne and Features dancer Moses Ward.