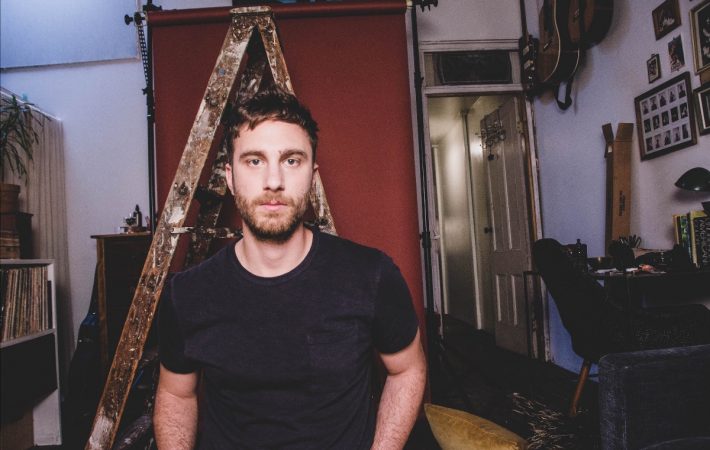 “Saturn Return”, the newest single by Howard Feibusch aka Howard, doesn’t come alone but is part of duo single package together with “Modern Love”. While the latter is more mellow and piano driven, “Saturn Return” enchants with the type of modern psychedelic swagger we came to love from bands like Temples and beats and vocal delivery that bring Radiohead to mind. All name dropping aside, “Saturn Return” is simply irresistible and cosmically gorgeous!

Asked about the background for “Saturn Return”, the Brooklyn-based Feibusch explains:

“It’s a do-or-die moment for a lot of people. Being a musician and having done it for ten years at this point, it’s a weird age to say to yourself, ‘Should I still be doing this?’ I was influenced by those themes and felt like I made it more universal — talking about people whose lives are on the payroll, stuck as cogs in a machine.”

Listen to “Saturn Return”, our Song Pick of the Day: