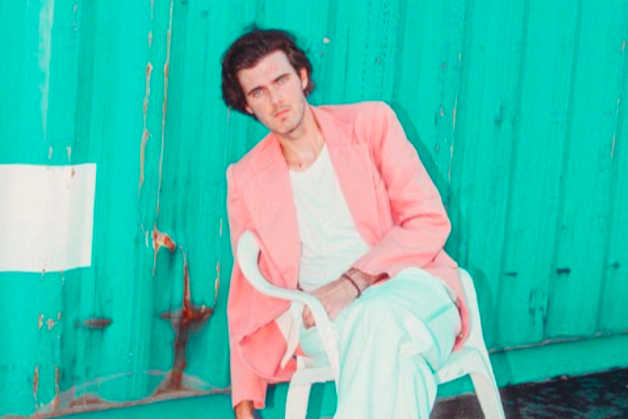 “Lounging” starts of with a feeling of unease due to the eery sounds of chimes (or chains?) yet thankfully, the warm piano and Jake McMullen‘s beautiful and soothing vocals stir the song into a fascinating direction. McMullen chose the moniker Louis Prince for his new project, using parts of his middle name. A California native, Louis Prince calls now Nashville his home, where lived for the past five years and is gearing up to release his debut album  “Thirteen” via Last Gang / eOne. We were wondering about the back story for “Lounging” and McMullen explains:

“While writing for the record there was a month last summer where I felt crippled from pressure/anxiety just being in the studio I have in my house. To try and escape that feeling, I moved everything out of the studio and crammed it into my bedroom. I wrote this song during that time. I struggle with letting go of control and accepting what I’m feeling in the moment. I like to think this song is calling out those feelings and acts as manifestation of that time where I accepted what was going on and moved through that feeling in the way I needed to.”

Listen to “Lounging”, our Song Pick of the day by also watching the Corey Waters directed video, starring Morgan Quinn and Nicholas Morillo:

Louis Prince is among the first wave of artists announced for SXSW 2020 and marks our official SXSW 2020 kick-off.