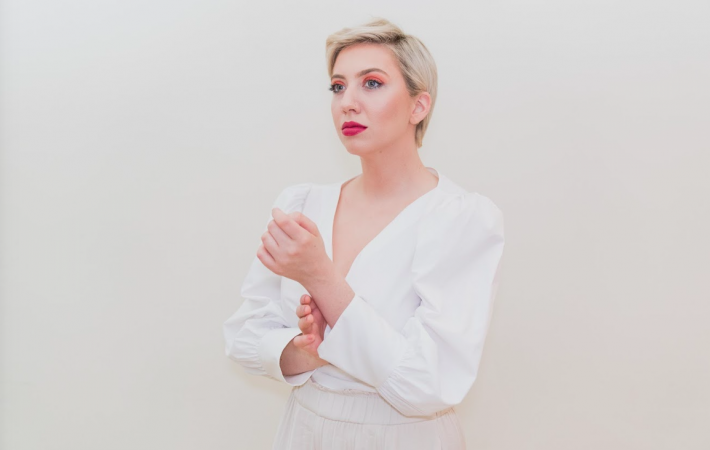 “Same Song” by Los Angeles-based singer/songwriter and producer Beck Pete shows a deep rainbow of emotions and the track flows in ways impossible to predict and that makes it all the while more alluring! From Beck Pete’s powerful vocals, to the hard hitting drums and overall enthralling production. The single “Same Song” comes from her just released five tracks EP called “Muse” about which Pete says the following:

“Muse is also simultaneously about heart breaks. It’s about those mini fractures — the part breaks and you fix and fix, and the jagged edges still find a way to sneak up and prick you when you least expect it. It’s about the conversations that you have with yourself when you realize you never actually took the time or care to repair any of the breaks fully… about the hurt that shifts from painful to annoying because your skin grows thicker quicker than expected and your tolerance races to keep up.”

I love this sentiment as much as all the tracks on “Muse”, featuring thoughts and musings that hit home and are beautifully wrapped. Listen to “Same Song”, our Song Pick of the Day: