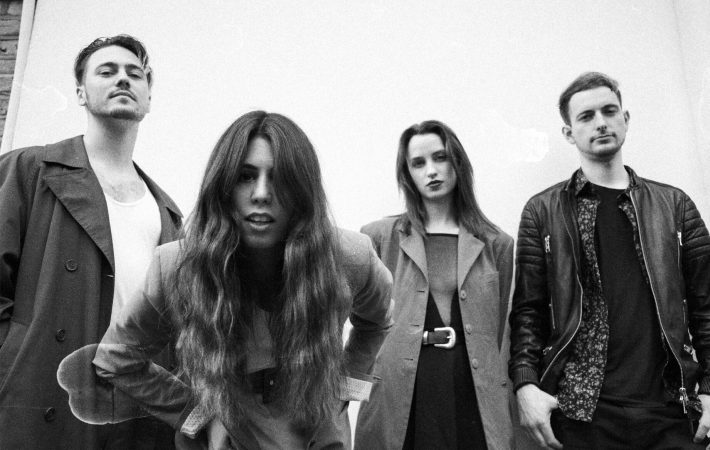 A song called “Videotrone” by a band called Two Tribes might hint a dark, brooding, industrial affair and the more it comes as a surprise how optimistic the track starts out with its clear nod to 80s synths pop/rock aesthetics and end of the 10s drum and beats possibilities. The warm energetic vocals of  Patrick and Annalisa prevent “Videodrone” from floating off to cyber space. “Videodrone” is truly fantastic! When asked about the London quartet’s latest single, they provide the following background:

“”Videodrone” deals with the idea of a digital identity, over-stimulation from technology and the internet can perpetuate disillusion and desensitisation in the real world. For some of us, the amount of information available can be a difficult thing to process sometimes, we wanted to explore in this song that increasingly blurred line between mind and mechanism. The title takes inspiration from David Cronenberg’s 1983 film ‘Videodrome’, which carries similar themes about the cult of technology.”

Listen to “Videodrone”, our Song Pick of the Day and if you’re in London, don’t miss the launch of the single and go see them live at Shacklewell Arms on November 9th: