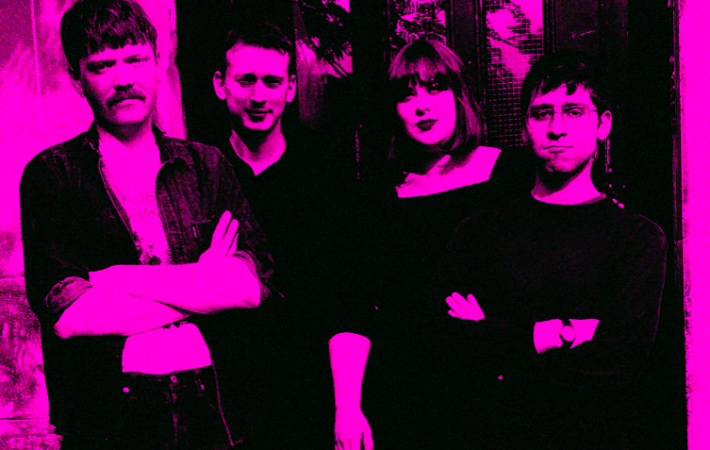 “Breeding Feeling”, the new single by Glasgow post-punk quartet Current Affairs is one beautifully swirly, high-tempo ride that leaves me dizzy like a carnival ride but with the same desire to just do it again. And again. And then some more. The single is the latest cut from the band’s upcoming album “Object & Subject” out on October 11th on Tough Love Records. When asked about the track, lead vocalist Joan provides:

“‘Breeding Feeling’ is a love song, but it’s also about having the autonomy to make choices over your body and all the different ways that can feel from inside a relationship.”

The song’s title summarizes its main idea very well and the track’s vibe is as much 80s as it is contemporary fresh. I think they wish to have had that kind of drumming back then and vocals like Joan’s are appealingly timeless! All band members have been playing in other bands before, some even in the same bands and this shows in the high quality of the so far released singles and the highly anticipated album.

Listen to “Breeding Feeling”, our Song Pick of the Day:

Connect with Current Affairs on Facebook and add “Breeding Feeling” to your playlist: