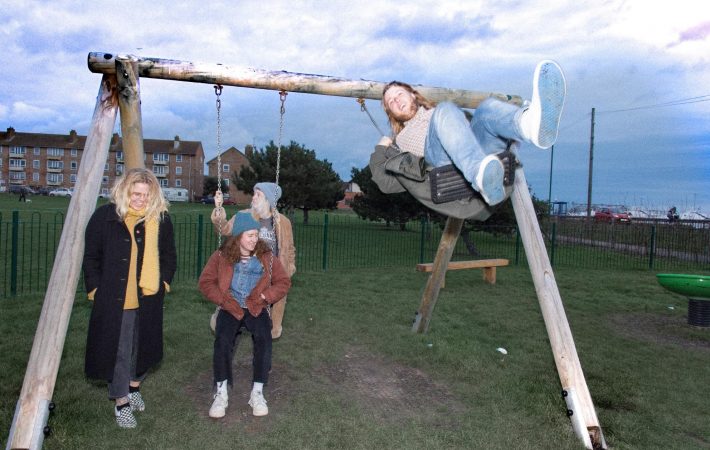 Even before we saw Brighton-based quartet Penelope Isles live for the first time during this year’s The New Colossus Festival in New York, we were already fans of their beautifully crafted indie rock. Founded by singer/songwriter siblings Lily and Jack Wolter, the band consists further of Becky Redford (bass) and Jack Sowton (drums) and together they released in June their mesmerizing debut album “Until The Tide Creeps In” on the prestigious label Bella Union.

While we are heading again to Reykjavik this year to enjoy the fantastic atmosphere and music during Iceland Airwaves, we reached out to Penelope Isles, who are among this year’s performers and one of our favorites! To kick-off our conversation with Jack Wolter in style, watch the brand new video for “Round”, directed by Jack himself:

Big THANKS to Jack for taking the time to provide answers to our questions:

Q: Have you been to Iceland before, as a band or private?

A: Never! We’ve seen the pictures and it looks very special.

Q: What are you looking forward to the most in Iceland aside from experiencing live music during the festival?

A: Hopefully finding a hot spring or some epic waterfall!? Hoping to see some of the countryside while we are visiting!

Q: Lily and Jack, you are siblings. Are you writing your music together? And if so, when have you started doing so?

A: We don’t actually write together too much. We share our ideas a lot but are pretty private when it comes to writing music. When the writing part is done, we are both hands on with the arrangement and how the song sounds with the band.

Q: Who had the idea to form a band?

Lily had already formed a band for her solo project, KookieLou. Then I hijacked the band and turned it into my band. Wmmmaahhhhhaaa

Q: This will be the third music festival that we see you at in only one year. What’s your favorite thing about playing a showcase festival?

There’s a bit more pressure I think. It kinda feels like a job interview! It’s a little more exciting in the fact that you know there are gunna be some important people watching! People that might be able to help us grow. It’s not to say that anyone else at other festivals aren’t important! It’s just different! This is a career at the end of the day!

Q: Who are you looking forward to seeing at Iceland Airwaves?

A: Boy Azooga, Broen, Tony Ruins and Whitney. If we get a chance!

Q: Sadly, we haven’t been to the Great Escape in Brighton, your homebase, yet. Why should we finally make it there?

A: We have the best bbq’s on the beach! Hill Top Cafe and Lawrence’s art supply’s.

Q: If you could choose to live in a decade (music, style, etc.) which one would it be?

A: I mean the 60’s was kinda where it’s at! Prob living in California somewhere making music and surfing. Standard.

Q: What’s up next for Penelope Isles? What can your fans expect?

A: Got some videos coming out real soon and playing loads of shows until the end of the year! Watch out for Penny Isles TV.

Once again, thank you Jack. We are sold on the BBQ in Brighton and will put your live music suggestions on our must-see list too. We are looking forward to seeing you in Iceland again and hopefully also in New York already, where you pass through during your North American tour before heading back to Europe. We certainly will spread the word. Best wishes for your tour!

Listen to the incredibly enchanting “Until The Tide Creeps In” on iTunes or Spotify and go see the quartet LIVE when you get a chance: 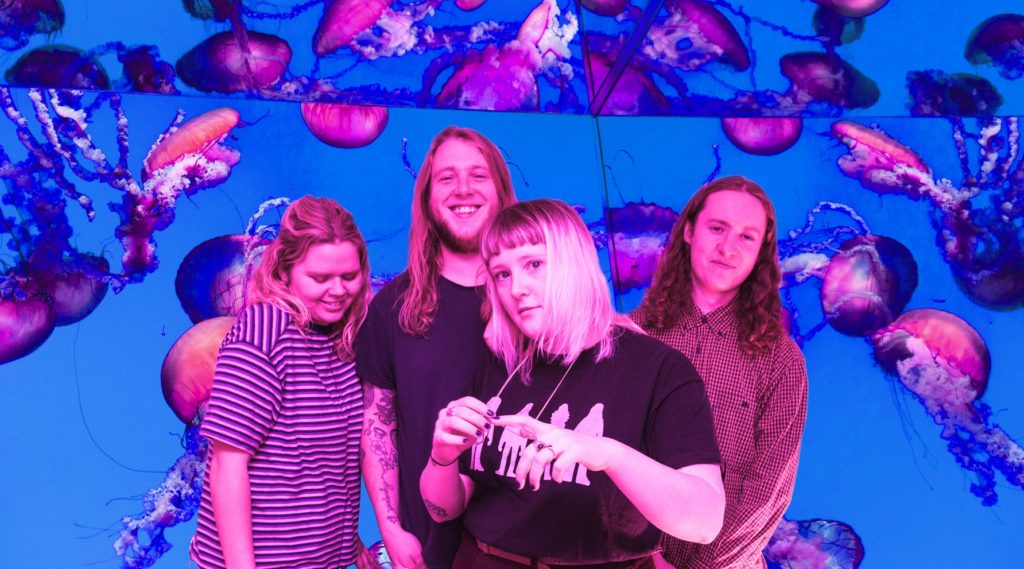