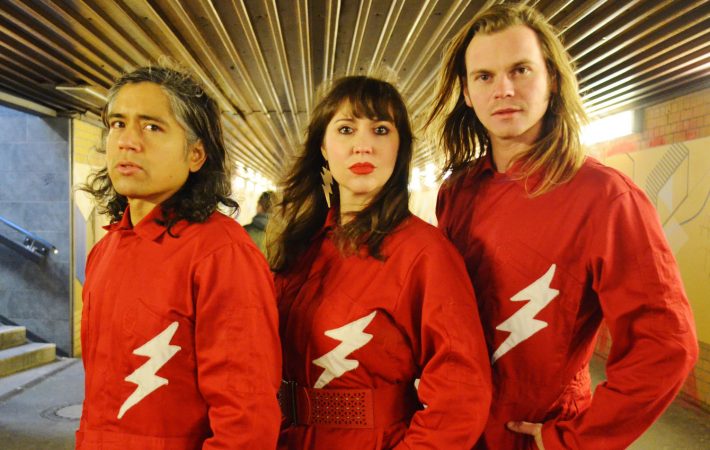 Synth punk three-piece Mexican Radio deliver with “Pretty Out There” a nod to the past while embracing the present. It is also the newest single from their exquisite just released album “Destruction/Reconstruction” and combines a few of my favorite styles and genres from the past in one pretty darn good song: 80s post punk minimalism and analog sounds. Interestingly, Mexican Radio had started as a German language cover band called Der Sturz (the fall) and are still in many other bands as well.

Listen to “Pretty Out There”, our Song Pick of the Day:

Listen to the entire album and if you happen to speak German get a kick out of being transported back to the early 80s and its Neue Deutsche Welle. Totally digging this album: