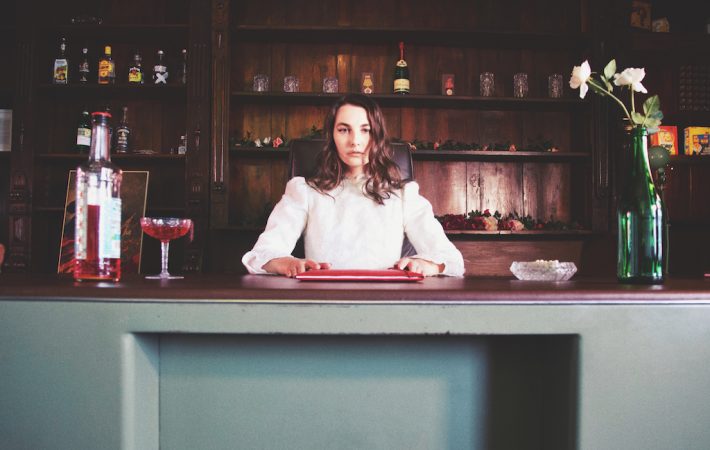 Electro pop singer/songwriter Lara Snow moved from Tel Aviv to Berlin and had to cope with winter and the extended times of darkness that comes with it in Northern Europe. Now with fall officially starting in a week or so, it is not too early for a power anthem to inspire you to take life and your happiness into your own hands. “I fight this fight with my butter knife,” she sings and you can do so too. Lara gives us some insight about the song:

“Butter Knife” was written on a cold winter night in Berlin. Coming from a warm climate country, the weather made me blue and I kinda stayed home for a while, just writing. I was feeling sad and started blaming it on the weather.
At some point I realised that happiness can only come from your state of mind, so I wrote “Don’t blame it on the weather, blame it on your dark heart”, at first, this wasn’t supposed to be part of “Butter Knife”, it was just another piece of melody and lyrics I had, but it felt like a perfect match so I recorded it and the song was whole.

Lara is working on her upcoming debut EP “Delete Forever”.

Watch the video for Butter Knife, directed by Jonatan Harpak: