Q&A with Cream with a K 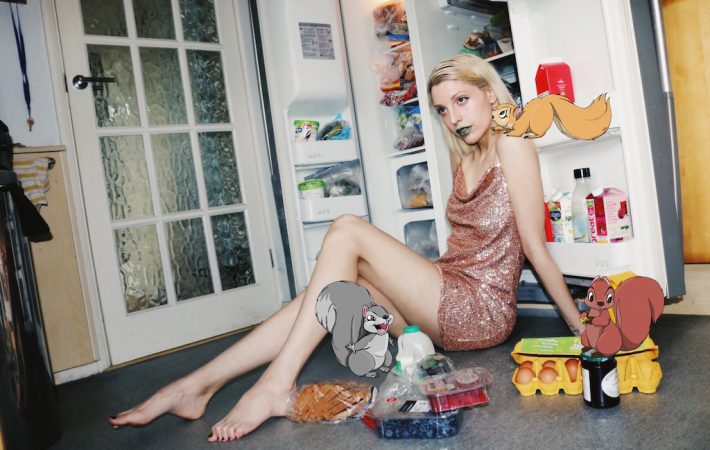 Q&A with Cream with a K

Lee Tatlock aka Cream with a K is a multifaceted artist, who grew up in Japan and recently relocated to the U.K. At least for a while. Her music and videos still show a strong connection to Japan, where she learned the makings of a pop star in the pop band Neko Punch.

Watch “It Gets Me Down,” the latest video by Cream with a K.

Lee was so kind to give us some background about her project:

Your songs and videos feel very integrated. When creating a song, do you already think about the visuals?

I realized I think of music very visually – I normally think of colors and textures and moods while I’m building the track. So I feel like I generally know what kind of music video would work. I normally have to take a lot of creative control for the video to feel consistent with the brand also. I usually find it’s best to colour grade the music videos myself because I can never seem to explain to someone what my vision is!

You present Cream with a K both in Japanese and English. Do you see it as an expansion of your Japanese musical career? Do you want to bring both cultures closer together through your music?

I don’t want to ignore my past and Japan is still a huge part of me. I’m really grateful for everything I was allowed to experience up to now and I always want to include my Japanese followers and people who have stuck with me on my journey. I feel like soon I will start to go back to writing Japanese lyrics again. If anything, trying to work in the UK is more of the endeavor, out of my comfort zone. I’m learning about this industry everyday. I feel like Japan is my home and I will eventually return there to settle down when the time is right.

Being bilingual, is there a Japanese phrase you are missing in English?

There are so many! In Japanese, there is an everyday use of simple phrases to show gratitude and just general respect of others and your environment. These are the obvious ones that came to mind.

Itadakimasu – “I am about to receive” which you say before a meal in thanks.

Gochisousama deshita- “I received” which you say after a meal to show the appreciation of the meal.

Ojama shimasu – “I’m about to disturb your space”. You say this when you enter someone’s house.

I have to ask this: what does the surrealist name “Cream with a K” relates to?

I really liked a super low-key Japanese album called “Cream” by Japanese Girl Rock band “Mean Machine”. Literally no one knows this album. I bought the cd in a second hand cd shop when I was 15. I listened to it a lot at the time and I really liked the lyrics and arrangement. In homage I added “Cream” to the list of random words I was working from.
“Cream with a K” popped up as an insane-possibility. It was funny and I deemed it “fine for now” and would probably have to change it later, but at this point that ship has sailed.

What is next for Cream with a K?
I’m releasing my new single “Saving Face” in October with my debut album to follow later this year. It’s been a long time coming so I can’t wait! I’ll be playing some dates in the UK too so hold on to your hats. You can check out Instagram for updates and announcements.

Which decade would you like to have lived in, including the present one, if you could choose?
1950’s because I love the daily fashion etiquette- I wish all men dressed up like Jimmy Stewart…but 1990’s for music for sure.

Thank you Lee for the insights. We can not wait to hear and see more from you!