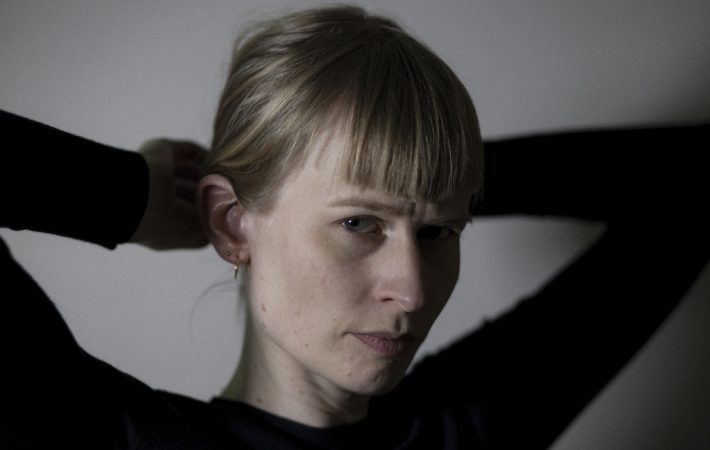 Everything that Norwegian artist Jenny Hval does is remarkable and noteworthy, but often also discomforting and straight out weird. Her latest song “High Alice” is no exception, but it comes in the package of a beat-heavy synth pop track with an almost sweet mood. The song in on Jenny’s upcoming new album “The Practice of Love”, scheduled for September 13 on Sacred Bones. Jenny gives some background about the track and the album:

For a while, this song felt like my entire album. I had no idea what the rest of it would be, just a feeling like this song and the title, the two words ‘High Alice,’ would get me there. My guiding stars at the time were Clarice Lispector’s The Hour of the Star and Kylie Minogue’s ‘Confide In Me.’ Maybe High Alice is the narrator of this album. I don’t know how I wrote it, it was automatic. But I found it really funny that I mentioned the sea three times. High Alice goes to all the places I have taught myself to avoid, like the four Big Themes: Love, death, life, the ocean. The ocean. The ocean.

Listen to “High Alice” on Spotify: