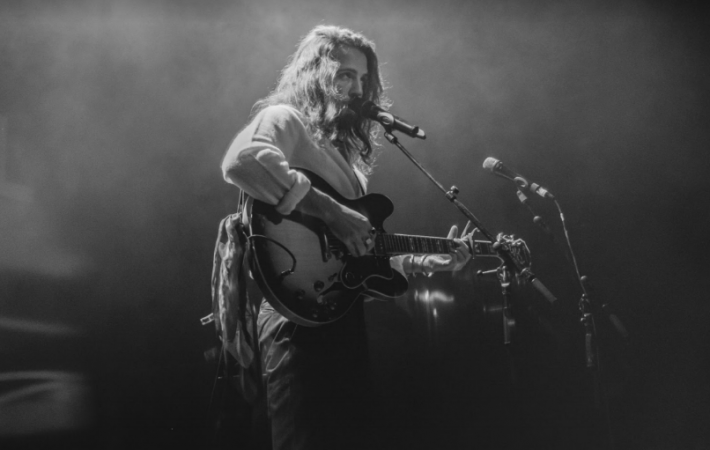 Originally from Brisbane, Australia, singer/songwriter Hazlett now calls Stockholm his home and released his new single “Suncats”. With vocals that can be so tender and fragile and at the next moment again very determined and almost aggressive this song comes as a special treat. What a potent and beautiful combination!

The backstory to “Suncats” is just as intriguing, when Hazlett explains:

“I was lying on the floor of the studio sulking and strumming my guitar. The sun was reflecting and dancing along the wall when my Swedish friend pointed to the reflections and said “what do you call those in English?”. I said we didn’t really have a word for something like that. He explained in Sweden you call them ‘Solkatter’ which directly translates to ‘Suncats’. That word flipped the switch for me. It took something so simple or unnoticeable and made it poetic. It was like a metaphor that snapped me out of my cliché post break-up depression. Find a little beauty in the mundane and even a little good in the bad. If you do that nothing is ever a waste of time.”

In case you speak any other language besides English, does yours have a name for the above phenomenon? Mine does not, so let’s listen to the gorgeous “Suncats”, our Song Pick of the Day: