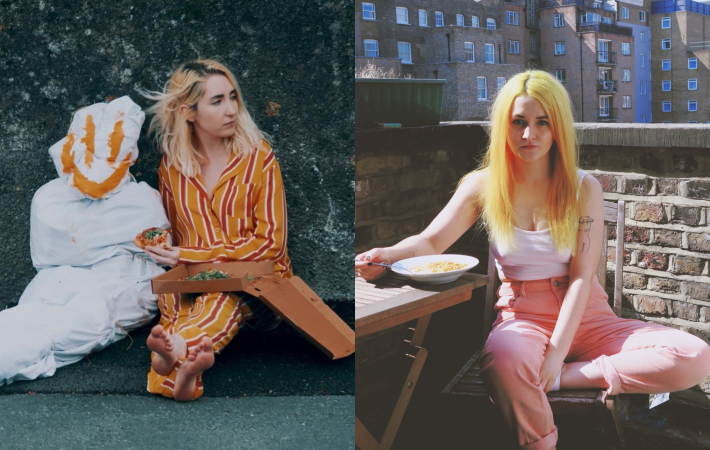 For more than a year, we have been following Cat Turner and HOST, two emerging musicians, who are pushing the boundaries of electronic pop music in Ireland. Despite their different approaches, it was not surprising that they not only know each other but are even long time friends. So we are super excited to have Cat and Tara (HOST) give us some insights about their respective projects and what connects them.

I follow both of you on social media where you support each other and sometimes post photos of the two of you together. You are both producers and singers. Did you meet through your common passion for music or where you friends already when you were starting your musical projects?</strong>

Cat: We pretty much know each other for as long as is possible for us. I moved to Ireland when I was 5 and started school and we’ve known each other since then.

Tara: Yeah, Both of us had a massive interest in music and were in a-lot of bands together as kids.

Cat: For sure our love for music was always there and that did lead to some ‘bands’ and ‘projects’ when we were younger.

Tara: I remember at one point we were a duo named ‘Overdose’ and we played really emo stuff that sounded like ‘Cute is what we aim for’ or ‘Steer Clear’. We played a “concert” for all neighbors on our street once, I think we had a 20 watt yamaha amp, and an out of tune guitar and we played ‘ Foxtrot Uniform Charlie Kilo’ by the Bloodhound Gang and we thought that we were the shit.

Cat: We were not. We liked to be controversial with our song choices, ‘Bionic’ by Placebo was another racy one for our setlist! Before we were ‘cool’ though we wrote and played a song about quitting smoking for our class in primary school. Another one of our short career highlights 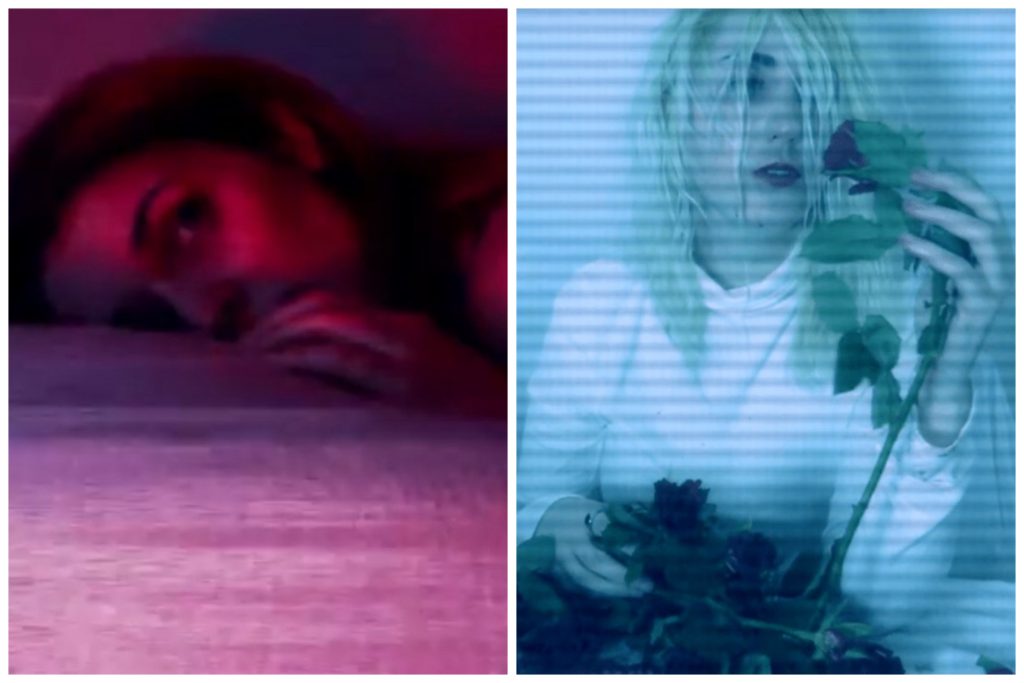 Do you work sometimes together or do you keep your projects strictly separated?

Cat: Since we started our solo projects I’d say we do work together just not on the actual music.

Tara: Yeah it’s more helping to assist one another shoot videos because we simply don’t have enough hands to hold a camera or things like that.

Cat, your first song “Waster” was something I’ve never heard before: synth pop with expressive vocals that I would associate more with rock or blues. How did you get there?

Cat: That’s a good question that I don’t think I have a real linear answer too. I’ve wanted to sing forever but it took me a very long time before I decided to pick up an instrument and try things out for myself. Finding my own voice was a real journey and to be honest sometimes I was like crap my vocals are odd, maybe I’m doing something wrong but now it’s for sure part of me.
With production I really did just pick up a laptop and midi a couple of years ago and go for it! It’s not super planned out I just go for what feels right and not what is ‘right’ I think that’s why a lot of people think I’m combining a lot of genres and mixing stuff up and it’s generally more I’m just winging it with my gut!

Tara, your songs are a refreshing update to classic pop music. Like as if a serial hit producer of the mid 80s wakes up and finds a laptop on his desk with something like Ableton or Logic on it and goes wild with all the new possibilities. How did you arrive at this production style? What are your music role models?

Tara: Haha! Thanks! I dunno it’s weird, like i’m not really heavily influenced by 80’s music and I don’t have a blueprint for my production. I just go with the flow and this is the end result. I find it kind of alien sometimes but I love the sound and it feels right.

Tara and Cat, how does your live performance look like?

Cat: The reason I went the electronic/synth route was actually because I use to play live with myself and a keyboard and I despise it. It was so not the image I had of myself on stage so I wanted to get a set up that made me comfortable and gave me room to bop around which is why I play with a laptop and launchkey. I can set things up, loop and then run away and dance! Again with my live set up I really knew nothing about how to perform electronic music live so I sourced some cool equipment and I feel so much more at home on stage now. 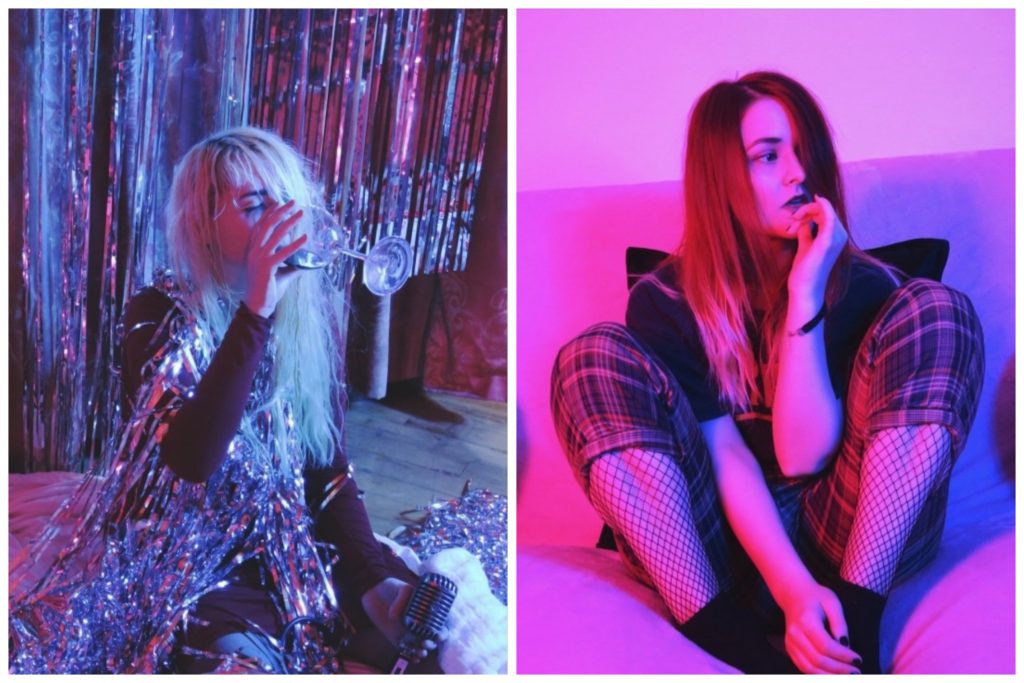 Do you have plans to release music together?

Tara: we briefly spoke about doing a cover together once but it was because we had an idea for a video that we wanted to shoot but we could never find the right song

At glamglare we receive relatively rarely new music from Ireland. How is the situation there for emerging musicians?

Cat: I’m torn with this question sometimes! There is some absolutely killer acts in Ireland. I think we’re doing a great job with punk and hip hop which is maybe not what everyone expects from Ireland. The social/pub scene has become a lot quieter in the past couple of years so I think there is a lot more space to create more opportunities emerging acts to get out and start gigging regularly.
Also for both of us it’s hard to talk about the Irish music scene and not mention Dan Hegarty. He’s supported us both hugely giving our tracks airplay on 2fm.

We like to ask this question in the end: if you could choose, which decade would you like to live in for its music, culture or fashion?

Cat: My guts telling me the 90’s! I mean I was there but I’d like to be there and be old enough to really ‘live’ in the 90’s. It’s for the fashion and the music really. I also think it’s more about where you’re placed in that time too. I’m a cliche if I say stick me in Seattle? Do I care? I wanna go there! Grunge is just one of my favourite things and it absolutely still influences my fashion and music nowadays

Tara: I wouldn’t go back in time. I like it now, its new and exciting. At the end of the day I strongly believe in dressing however you want to dress or creating how ever you want to create, It doesn’t need to be attached to a genre or an era. I like this decade.

Many thanks Cat and Tara! We can’t wait to hear what you both are up to next and looking forward to seeing you play live one day.