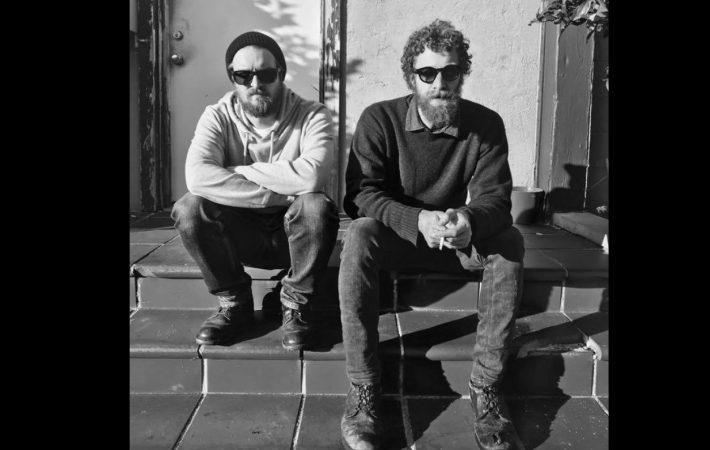 We rarely feature music that has not reached us either via a band’s PR or label team or via the artists directly. But every now and then, a song bubbles up that is just too good to ignore and to feature without knowing anything about the band. In this case, it is “Autumn” by California-based three-piece Mwahaha and without any press copy to get further information from, I take my cues from FLOOD Magazine’s premiere.

Totally taken by the song, I was not prepared though for learning about a band, who has lost one of their members two years ago. And an instant, personal, connection ensues with bassist Nathan Tilton – we both have lost a sibling. Moving on, especially continuing with making art, is incredibly hard. The more kudos to Ross Peacock (vocals, keys), James Murphy (drums) and Nathan to finish the songs and make an album, even without Cyrus Tilton (guitar) still being around.

“Autumn” is an exquisite piece of psych synth-pop, with lots of industrial influences, highly compelling in its build and execution. Listen to the magnificent “Autumn”, our Song Pick of the Day.