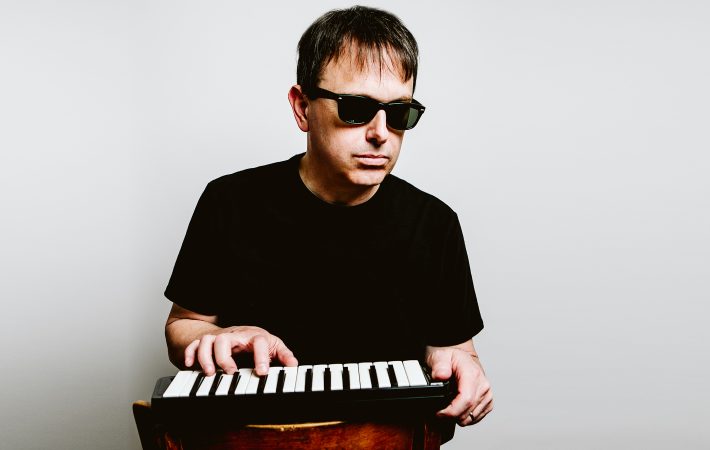 Glistening synths waves, grounded by sonorous trumpets build the fundament of “Our Secret”, the new single by The Late Innings. We are excited to premiere the track today and asked Vincent Sinex, the artist behind this project, to tell us a bit more:

“This song is about a guy who travels to a place he considers his secret vacation spot, only to find out that the place is now overrun with tourists. He’s disappointed to discover that something he used to think of ‘his’ is now a place that apparently everybody now knows about. Once he assesses the situation, decides to bail out on it (rather than stay and fight the crowds), and jets out there, looking for some new location to call his own.”

This story may be familiar for many of us, even the search for the road less traveled. We also wanted to know what prompted the idea for the lyrics and Vincent Sinex revealed:

“The inspiration for this song came from a trip of my own, where we went to a beach that seemingly no one knew about, and we had the whole place to ourselves that afternoon. When I was headed home after that trip, I thought, ‘the next time I want to go back there, will it still be a secret? How many other people will find out it about it, especially since in the age of social media, nothing is a secret anymore?’ And then I thought, ‘what a ridiculous idea, that this beach is our secret, when you don’t own it in any way.”

“I wanted to capture the conflicting ideas of 1) wanting to own something and think of it as yours, even though 2) you really have no claim of ownership over it.

The cheerful production of the song stands in contrast with the melancholic lyrics, about something lost that was never owned in the first place.

While listening to “Our Secret” numerous times, I mixed in Joe Jackson’s greatest hits and this is where The Late Inning’s new single comfortably sits, late70s and early 80s nostalgia and all. The song is the first single of The Late Inning’s upcoming album “Wild Places“, out September 6th.

Listen to the irresistibly catchy “Our Secret”, our Song Pick of the Day and track premiere: