PHOTOS: Bandits On The Run live at The Loft at City Winery 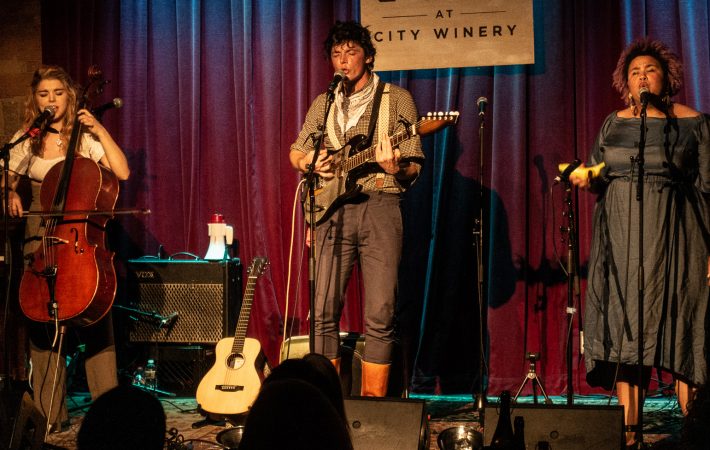 PHOTOS: Bandits On The Run live at The Loft at City Winery

New York-based trio Bandits On The Run are known for their joyful and vibrant live shows and kicked off their European tour at The Loft at City Winery. If their bon-voyage celebration is anything to measure the tour with, their fans on the other side of the Atlantic are in for a treat!

What Sydney Torin Shepherd (vocals, cello), Adrian Blake Enscoe (vocals, guitars) and Regina Strayhorn (vocals, tambourine and then some) put on stage is utterly charming and highly enjoyable. The three played some of their beloved classics but also brand new pieces that were instant crowd pleasers.

The show ended on an especially high note when more than a dozen people from the Urban Choir Project joined the trio on stage amidst a colorful confetti rain. And with that, browse through our photos, while listening to The Bandits On The Run and for us New Yorkers there is a show waiting on August 16 to attend to:

Opening for Bandits On The Run were La Huerta.