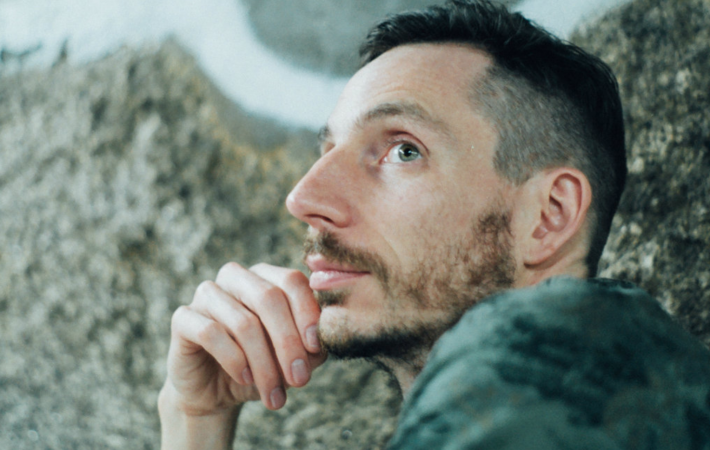 Listening to “Gun Shy”, I feel reminded of the things that really matter in life, the honest and simple things. By any means, the track is not ‘simple’ per but it is beautifully pure and utterly mesmerizing. The latest single of Montreal- and UK-based experimental folk band Paper Beat Scissors offers another glimpse in the hauntingly fascinating world of Tim Cabtree, the singer/songwriter behind the project. “Gun Shy” is the follow-up single to the previously released “Don’t Mind” and while quieter, equally appealing and both tracks certainly increase our anticipation for the upcoming entire album.

“I got obsessed with this song while I was writing it – there’s something really hypnotic about singing it, and I noticed when I played it live that the audience always really seemed to sink in and connect to it, too. It went through a bunch of iterations before it landed on this form, and for the longest time it was gonna be this drum machine, pitchshifted electric guitar drone-piece (maybe one day that version will emerge, too). It’s a very personal feeling song, but I’m still trying to figure out exactly what it’s about – certainly a sense of being just outside, being isolated, and the damage that can be done from that separation, but the more I think about it, the more I feel it’s about being disconnected from yourself.”s

“Gun Shy” is elemental and profoundly magnificent, that much is for sure. Listen to our Song Pick of the Day now:

Listen “Don’t Mind” to hear a different and equally intriguing side of Paper Beat Scissors.