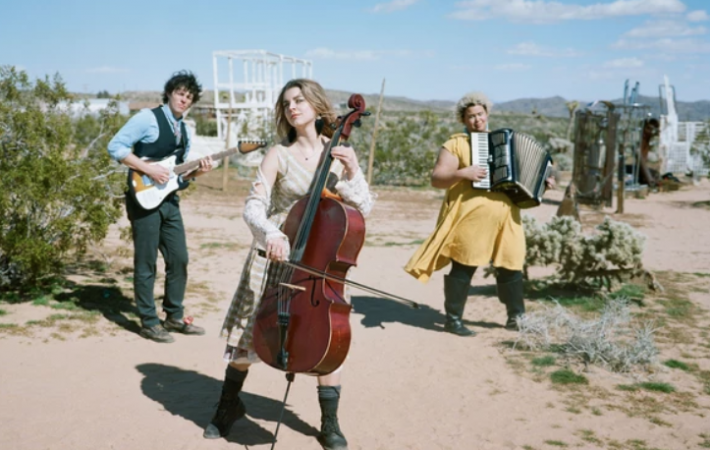 Brooklyn-based trio Bandits On The Run continue to care out their very own niche of sound and that alone already deserves our attention but it is also highly appealing! In addition, they take the idea of a band a little further, beyond the typical roles band members play and take on cool alter egos when performing and in general.

Behind “Bonanza Jellyfish” is Sydney Torin Shepherd, singer and cellist of the three. “Roy Dodger” is Adrian Blake Enscoe‘s name, who also sings, plays guitar and then some. The three-piece would not be complete without “Clarissa” Regina Strayhorn who lends her vocals to the trio’s signature harmonies including an array of toys and musical instruments. 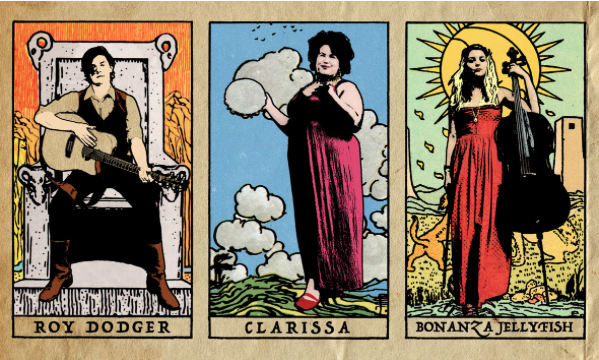 With their latest single, the live recorded “Potted Plant”, Bandits On The Run make it easy to chime in because the chorus basically consists of “da da da” so one can do a little more than just humming along to the super catchy chorus. Listen to the joyfully infectious “Potted Plant”, our Song Pick of the Day:

Come see Bandits On The Run on Thursday, when they play the loft at City Winery and go on tour thereafter.