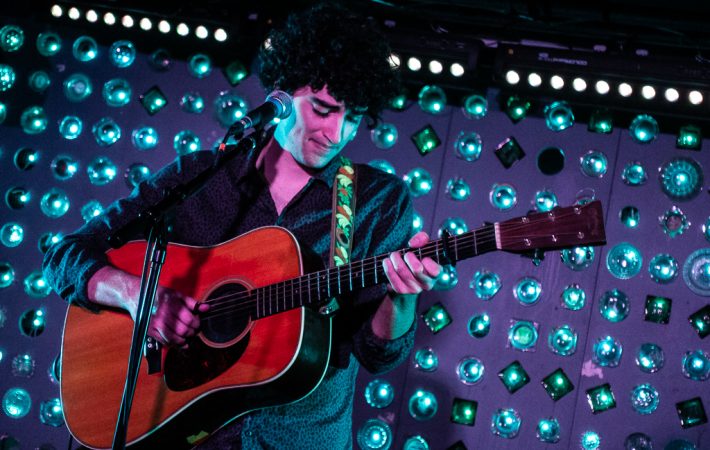 The concert room was packed that night at Baby’s All Right, filled with friends and family but also new fans and old fans of Adam Melchor, the charming singer/songwriter who exchanged his old home grounds in New Jersey with the sunnier ones in California. I certainly don’t blame him, as long as he still drops by every now and then.

While it is a joy to listen to Adam Melchor’s melodic songs on any given streaming platform, his music begins to fully sparkle when played live because Adam is such a gifted -and my I say it- charismatic performer! He is a wonderful singer, his guitar chops are well honed, his lyrics well crafted and he understands how to keep an audience interested and attentive. In addition, he knows how to entertain and sparks fly during his stage banters that change from funny to pensive as the flow of his material demands. Bravo!

While Adam Melchor’s tour is winding down, listen to his online catalogue and connect with him on Facebook, Twitter and Instagram to stay updated. For the time being, enjoy some show photos too:

Listen to Adam Melchor’s EP “Plan on You”:

Listen to “Plan on You” on SoundCloud and to the EP’s single here: