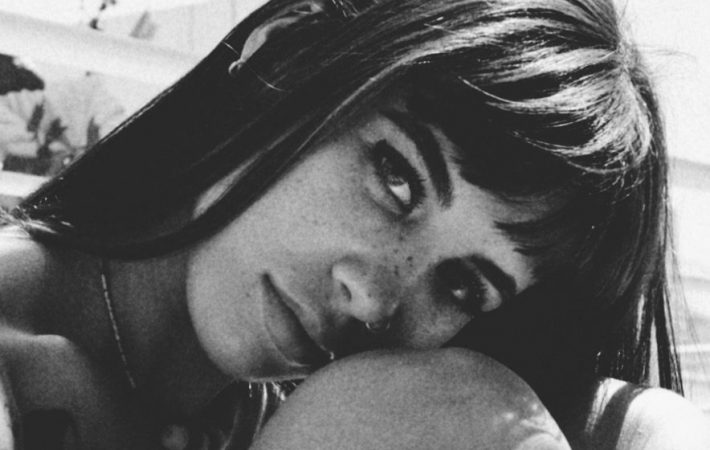 Naomi Wild has some story to tell. As a teenager, she went to Coachella to see her idols on the big stage with 100,000 other fans. Next thing, she stood up there herself with electronic music superstars Odesza, singing a song she had written and submitted to the band’s public email address.

Even if there was a good deal of luck involved, what we can all take away from this telling is that going for your dreams is more often successful than you might think. Meanwhile, Naomi is about to carve a career for herself and released three stellar pop songs under her own name.

Listen to her latest song “La La Land” below:

You started songwriting inspired by attending Coachella. What was first in your mind? A melody? Lyrics? A beat?
I honestly don’t remember. I think a melody came first for Higher Ground- i remember the feeling more specifically than the actual writing process.

I believe it is fantastic that tools for music production are easily available these days and you can launch your career in music yourself. What did you use to write your first song, “Higher Ground?” Did you learn an instrument? What did you actually sent to Odesza? A fully produced demo or sketches of melody and lyrics?
I sent an acapella. I can play a little guitar and piano but nothing crazy. I’m very interested in sound design and production so am working on that!

You have released three songs under your own name. Have you produced them yourself? What is your favorite part, songwriting, production or performing?
I produced the original demos of two songs- and we usually end up reworking the whole thing. For the writing process I like making loops in ableton. Performing has become really fun for me, it used to be terrifying but i feel really comfortable with it now and eager to do more but the writing will always have my heart.

We featured “Run That” a few weeks ago on glamglare, an honest take on the conflict between independence and relationships. This is a recurrent theme, in particular for musicians who are often on the road and separated from their loved ones. How did this play out for you? And what is the story behind the cover for “Run That”?
It’s been a learning experience to say the least. The cover was inspired by the first couple lines in the song “keep me too close too tight when you know i’m not going anywhere”. The cover is a photo of me holding my ex-girlfriend’s legs but looking away- I felt like it captured the emotion of where the lyrics came from when I wrote it.

Your music feels very rooted in the here and now, but this is a question we like to ask all artists: if you could choose, which decade would you like to live in because of its music, style fashion, culture, etc?
I’m happy to be here, now. I feel lucky to be in the present and inspired to do things that haven’t been done yet.

Thank you, Naomi for the insights! The present is indeed an exciting time to live in, particularly for artists.