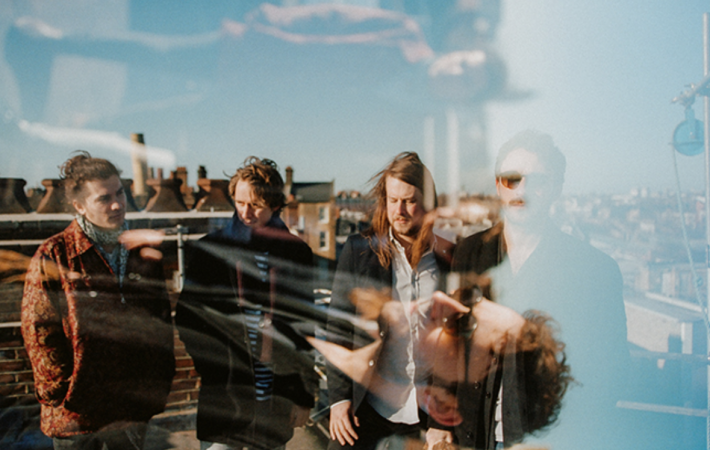 The brooding vibe in psych-pop band Imperial Daze‘s new single only lightens up throughout the contrastingly bright chorus when they cheeringly chant “People Are Animals” – and that sentiment sticks. Having found a home in Great Britain’s capital, Imperial Daze come from different backgrounds and nations and this cultural diversity might add to the appeal of their sound. When asked about their new single, they provide:

“‘People Are Animals” hints at the glaring contradiction that, although we are ever more digitally connected, these digital connections can ultimately be incredibly superficial and render us alien to those around us. This is a point often made, but as animals, we are less and less present with our kind. The concepts of digital immediacy, AI, pornography and the potential mental malaise and degradation of the mind due to technological addiction come in to play here.”

I feel like having featured similar lyrical content over the last couple of months more than ever before but nobody had summarized what going digital does to us so perfectly in only three words. Bravo, Imperial Daze, keep on going!

Listen to the beautifully groovy “People Are Animals”, our Song Pick of the Day:

Listen to “People Are Animals” and add the track to your playlist: