PHOTOS: Birch Celebrates the Release of Her Debut Album “femme.one” at Union Pool 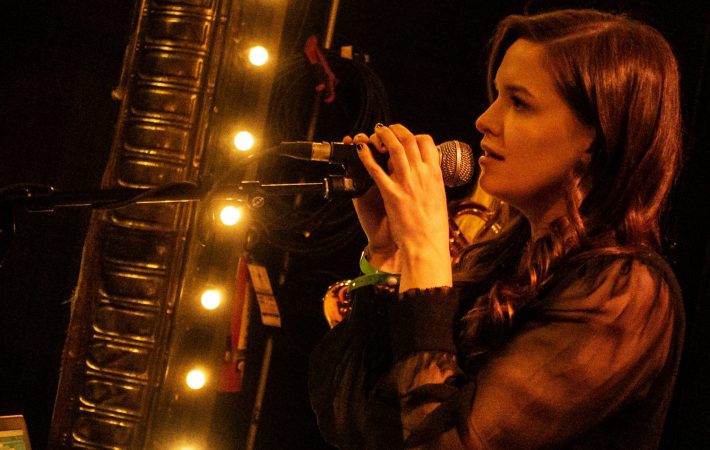 PHOTOS: Birch Celebrates the Release of Her Debut Album “femme.one” at Union Pool

At Brooklyn’s popular bar and music venue Union Pool many shows become a communal experience, even more so when a beloved local musician celebrates the release of her anticipated debut album. Michelle Birsky aka Birch had something special planned for the night: she shared the stage with two other talented women from Brooklyn. From the glamglare perspective we could not have agreed more as we have been following the work of both Gold Child and Rodes Rollins for quite some time. All three acts played with full bands and Michelle brought on Chloe Rowlands on the flugelhorn, which is a central sonic accent on the “femme.one” album.

And the album is excellent: a bright, expertly produced synth pop record from a very personal perspective. Michelle explains:

femme.one is a personal narrative and feminist concept album because it expresses how it feels to be a woman today while trying to find my place in the world. By running a chronological exploration of my relationship with feminism, many of the songs share musical elements and even bleed together as you’ll experience with the bleeding of my last two songs.

The album is out now on all digital platforms. Listen on Apple Music or Spotify.

Check out photos from the “femme.one” release show: