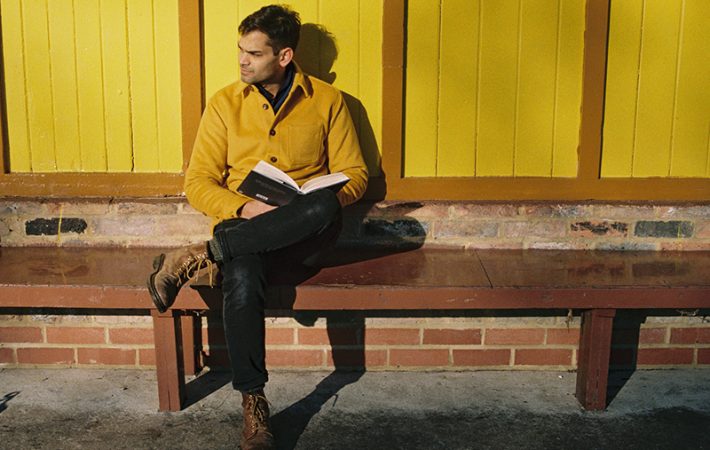 “Lonely Hearts, Los Angeles” is one of these songs, that make you want to really listen and follow the narration. The picture that Allman Brown lays out is instantly compelling and I definitely wanted to know how the story would unfold and the track progress. With vocals like these it is also not difficult to stay put and glued, listening intently. “Lonely Hearts, Los Angeles” is an incredibly gorgeous piece of folk rock that gets its big moment towards the end.

A cut from his upcoming album (May 10) produced and recorded with long time collaborator Ian Barter, the London-based singer/songwriter says about his new single:

“Lonely Hearts, Los Angeles is about the distinct feeling of being alone in one of the most singular cities in the world, the sensation of all that grime, glamour and heartache that’s in the air. It’s also inspired by the weird and constant sonic disruption of my tinnitus; it’s a small effort to fight back against it. The song is an ode to everyone in LA struggling against the current to achieve their dreams.”

As melancholic as the song is at times, at its core, it spreads optimism and promises comfort – which last longer than its duration of 5:02 minutes. Listen to the beautiful ballad “Lonely Hearts, Los Angeles”, our Song Pick of the day:

Add “Lonely Hearts, Los Angeles” to your playlist on Spotify: