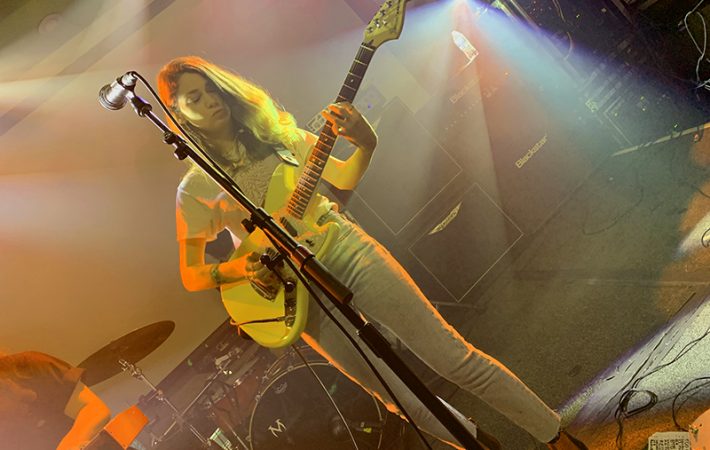 Still buzzing with the excitement of having seen Minke live at The British Embassy for SXSW, I am back in the hotel and deciding on a #glamglarepick for today is an obvious choice. “Bite the Bullet”, the new single of the British singer, songwriter and guitarist was live as fantastic as is the recorded version.

Leah Mason, who goes by the artist name Minke, exchanged London with Los Angeles and just released a seven tracks EP “The Tearoom”. She plays the piano as well as drums, yet on stage she “only” sang and played guitar and both was superbly exquisite! When Minke broke out to the one or the other guitar solo, the audience was super quiet and watched and listened in awe. The lyrics to “Bite the Bullet”, like all of Minke’s lyrics, are something one enjoys to explore. Great songwriting, exquisitely executed. Listen to “Bite the Bullet” now:

“Songwriting is my therapy, it’s what I’ve done since I first picked up a guitar when I was eleven. It’s the only thing that makes me feel better, so it’s what I do. When people listen to the Tearoom, I hope they get whatever they need from it. It could be reassurance or someone to identify with. That’s what makes me happy. It’s all I can do.”