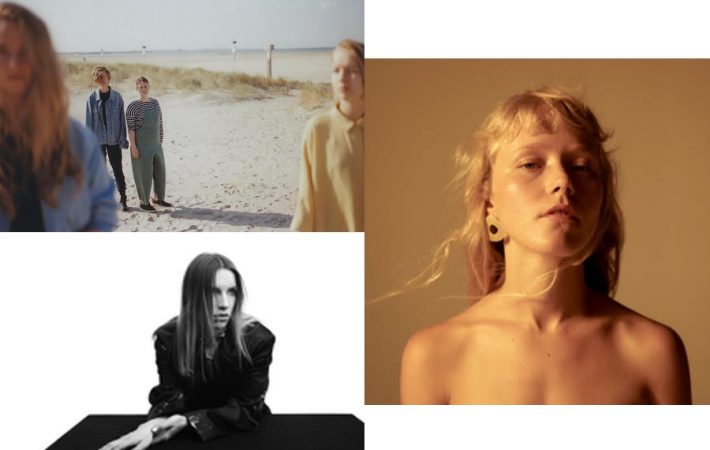 A large part of Berlin’s vibrant music scene is made up by artists who are not actually from there, but deliberately chose the German capital as their place to live and work. Alice Phoebe Lou hails from South Africa, but moved to Berlin years ago where she played as a street musician. This may explain the spontaneity and carefree joy that exude from her wonderful new album “Paper Castles”, out next Friday. Watch one of her stand-out songs “She” Below:

At the first glance ANNAVR fits well into Berlin’s world-famous electronic music scene, but there is much more to the way she crafts her songs. Coming from classical and jazz music she does whatever feels right and that leads to music full of surprising turns and personality. “II: Vibrations”, the second part of her trilogy of EPs comes out tomorrow on Friday 8. Listen to the last single “Total Vibration”:

Dakota is a four-piece band from the Netherlands, but their new album “Here’s the 101 of How to Disappear” came out on the Berlin-based label Sinnbus. Dakota hits similar marks like the Californian band Warpaint with dreamy, guitar-driven songs and there can never be enough music like that. The album is out now and you can listen on Apple Music or Spotify below: